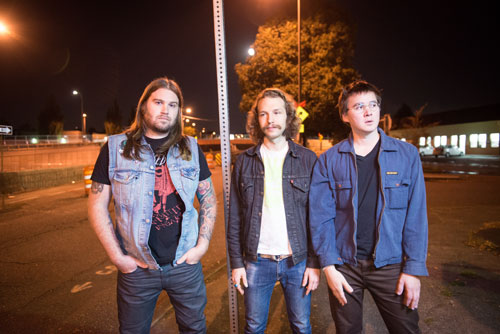 Portland Stoner Rock trio SONS OF HUNS will release their debut full length album ‘Banishment Ritual’ via EasyRider Records on 29th November, available as Gatefold Double LP & Digital Download, and prior to the release date, we here at The Sleeping Shaman are ecstatic to be streaming the album in its entirety.

Now click play below to be engulfed in the Heavy Southern Blues infused Stoner Rock that is ‘Banishment Ritual’: 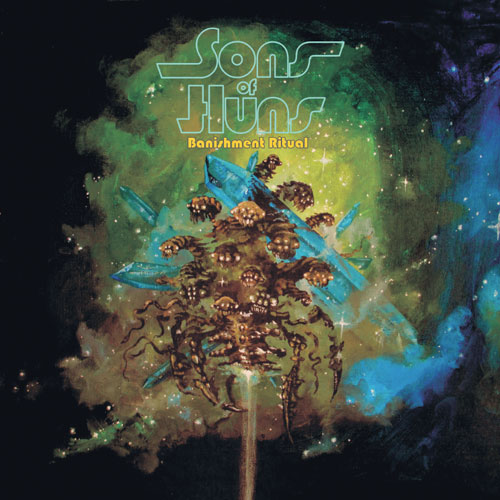 Read on for more info about SONS OF HUNS…

In a city like Portland, Oregon, where there are quite literally hundreds of people playing heavy music – and playing it well, at that – it takes a bold, tightly-honed punch to the crowd’s ears in order to stand out. Formed in the winter of 2009 and armed with a full stack of Orange cabs, a lifetime of experience and enough classical training to out-riff any band that dares stand in their SG-wielding path, Sons of Huns have consistently blown crowds away. Peter Hughes (guitar), Shoki Tanabe (bass) and Ryan Northrop (drums) have headlined shows in anywhere from tiny bars to the main stages of Portland’s biggest music festivals, and had the honor of opening for the likes of Red Fang, Andrew W.K., Danava and even the world’s most metal comedian, Brian Posehn.

Prior to this year’s huge milestone of being signed to modern stoner rock’s premiere independent record label, EasyRider Records, SONS OF HUNS released both an acclaimed self-titled EP in 2011 and a 7” single for their lumbering, thunderously catchy song about astral projection, “Leaving Your Body,” with a massively successful music video to match, depicting the three members as hooded figures performing a ritual in the dead of night. Throughout their reign in the Pacific Northwest music scene, they have become widely known for their ability to remain musically serious, nailing every song with precision while also turning every live show into a sci-fi, psychedelic-rock party and livening the spirit of every crowd with their jokes and unforgiving volume.

Though SONS OF HUNS have caught the attention of underground-heavy-music lovers both here in the US and overseas without a full-length record out, the band will release their first LP, Banishment Ritual, on November 29th and hit the road. Though the band is sad to announce the departure of Shoki Tanabe, who is blasting off to pursue a lifelong dream of teaching English in Japan, they are excited to have managed to nab Aaron Powell from his usual throne at the low end of Spokane, Washington’s heavy-psych group Belt of Vapor, as a touring bassist.

Ready your senses and join Sons of Huns as they forge their way through this unpredictable genre, traversing unexplored riffs and stacking them atop one another to hypnotize you and give all the ladies “the fever.” Wherever you are, they will find you.