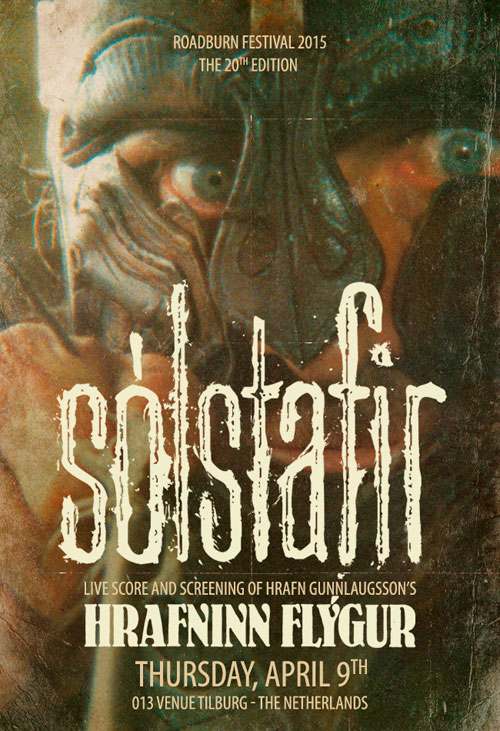 Iceland natives Sólstafir will perform their unique take of the completely instrumental film score, to celebrate the thirtieth anniversary of the cult-classic Viking movie, Hrafninn Flýgur (When The Raven Flies) by director Hrafn Gunnlaugsson at Roadburn Festival 2015 on Thursday, April 9 at the 013 venue in Tilburg, The Netherlands.

Premiered at Reykjavik’s International Film Festival last week, this will be the first time that Sólstafir will play their live score, in real time while screening Hrafninn Flýgur from start to finish, outside of Iceland, offering Roadburn‘s beloved attendees the chance to experience Gunnlaugsson’s epic tale in an entire new dimension on the main stage.

The 20th edition of Roadburn is going to be a treat for those who love soundtracks, as in addition to Sólstafir performing an instrumental soundtrack to Hrafninn Flýgur, Claudio Simonetti‘s Goblin will perform their much acclaimed movie scores for Dawn Of The Dead and Suspiria at the 2015 festival.

On, Friday, April 11, Sólstafir will be part of Houses of the Holistic, Ivar Bjørnson‘s (Enslaved) and Wardruna‘s Einar “Kvitrafn” Selvik‘s curated Roadburn event.