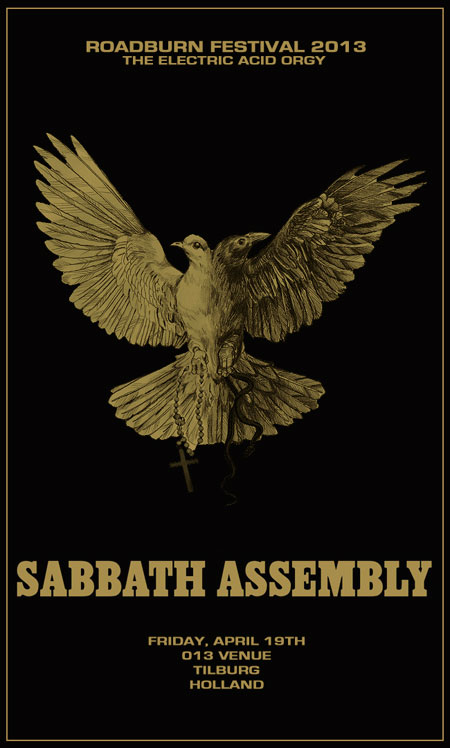 Currently fronted by Jamie Myers (ex-Hammers of Misfortune and Wolves in the Throne Room), Sabbath Assembly continues creating your darkest liturgical nightmare by combining the nether regions of apocalyptic doom with the twisted world of spiritually-delusional obsessions. Specifically, Sabbath Assembly is performing the hymns of the Process Church of the Final Judgment, a 60′s cult eerily linked to the Manson murders and the widespread dispersal of Satanic Underground culture in the US and UK.

Their new album, Ye Are Gods, offers the first-ever glimpse into the highest and holiest mass of the Process Church, and features Genesis Breyer P-Orridge in the role of High Priest(ess). Exclusively for this Roadburn engagement, Sabbath Assembly will be joined by Genesis in the EU premiere of this Processian “Sabbath Assembly” ritual.

Be forewarned — Satan and Lucifer will be summoned!