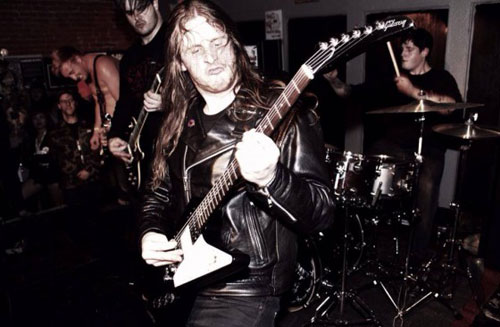 California tyrants, NAILS, confirm a new set of West Coast shows in a headlining run at the beginning of May.

This new five-date NAILS bombing run will see Oxnard’s hardcore/crust warriors headlining all dates, with support from Seattle powerviolence duo, Iron Lung, Olympia’s putrid death metal horde, Bone Sickness, and Southern Cali-based death act, Skinfather. The tour begins May 1st in Los Angeles, the bill also including Nausea, rolls into Santa Ana on the 2nd with Violent Reaction and The Flex, then into San Francisco and Portland before closing down in Seattle with Gag on May 5th. Tickets for all shows are already available for pre-order HERE.

This new West Coast incursion will take place just two weeks after NAILS hit the East Coast to take part in this year’s installment of the New England Metal & Hardcore Fest, playing the opening night of the massive three-day event which also includes All That Remains, Bleeding Through, Broken Hope, Cop Problem, Enabler, Fallujah, Oceano, Scars of Tomorrow and more. Following the West Coast tour, NAILS will return to Europe on a brutal trek in late June into July which will include sets at a wave of festivals including Tuska Open Air, Graspop Metal Meeting, With Full Force and Roskilde among a rash of additional headlining dates.

Abandon All Life, the demoralizing second full-length from NAILS, was released via Southern Lord in March 2013, unloading a murderous ten tracks showing the band’s most unhinged, heaily-amplified attacks and also their most expansive elements in only seventeen minutes, recorded at Godcity with Kurt Ballou (Converge) and mastered by Brad Boatright (From Ashes Rise). The album stormed international media outlets with rave reviews and raided endless “best of” lists for the year. 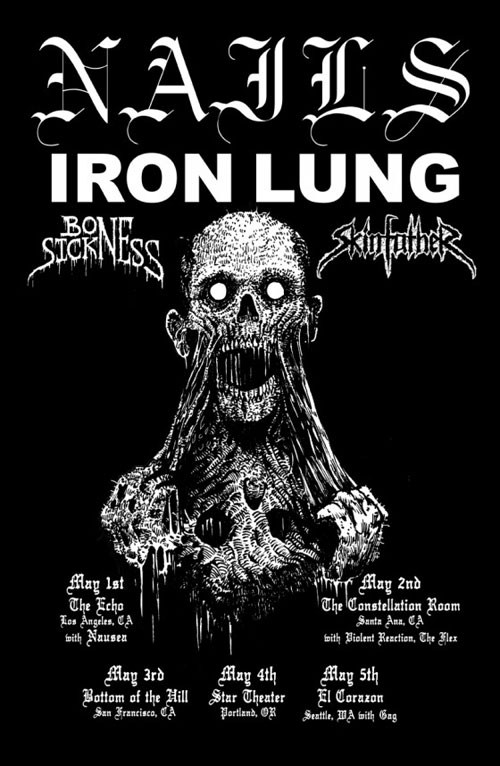