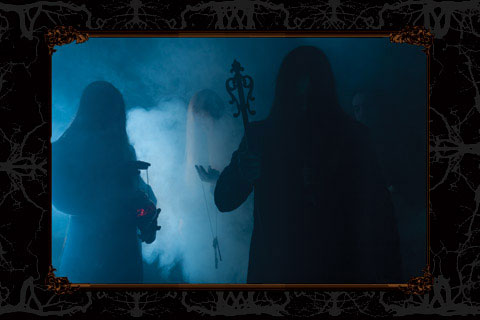 Extreme metal fans around the globe can sample the first publicly obtainable hymn from the forthcoming new opus from Australian funeral doom icons MOURNFUL CONGREGATION, The Book Of Kings. The highly-anticipated fourth full-length from the celebrated act will be released in North America via 20 Buck Spin on November 8th, thundering with nearly eighty minutes of oppressive, beautiful, slow-motion magnificence.

As the release draws near, BrooklynVegan are hosting a stream of the second track from The Book Of Kings, entitled “The Waterless Streams” With this track alone boasting over twelve minutes of MOURNFUL CONGREGATION‘s patented resonance, the importance of this album becomes immediately apparent. Dive into “The Waterless Streams” AT THIS LOCATION.

20 Buck Spin also recently posted a full album stream of the compilation of rare and out-of-print tracks from the band, The Unspoken Hymns, released on September 20th; listen HERE.

MOURNFUL CONGREGATION will embark on their first trip to North America this Autumn in support of The Book Of Kings. This special, nine-date trek will take the band on a nine-show run down the West Coast U.S. with support from Vastum, Brainoil, Samothrace, Laudanum and more along the way. The venture includes a performance at December’s massive Rites Of Darkness III, with MOURNFUL CONGREGATION appearing as one of the festival’s headliners, joined by Zemial, Midnight, Loss, Mortuary Drape, Sargeist, Urfaust, Tribulation, Stargazer, Anteus and dozens of incredible, international extreme metal entities. Several of the venues and show lineups have changed since previous tour announcements.