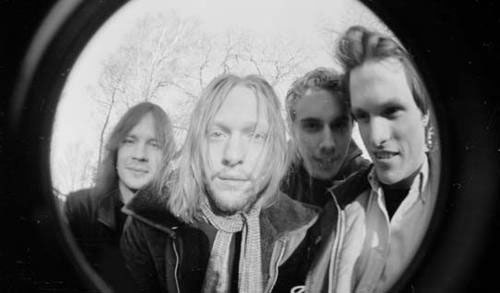 Desertfest London are proud to announce that LOWRIDER will reform for a special one off show at Desertfest. It’s been 9 years since they disbanded having begun their journey in the mid 90’s, in Karlstad, Sweden.

You can look forward to them blasting out some of their heavy stoner riff laden songs such as ‘Flat Earth’ and ‘Caravan’ over the weekend of 26-28th April 2013. The Swedish stoner 4-piece comprises of Peder Bergstrand on bass/vox, Ole Hellquist on lead guitar/vox, Niclas Stalfors on guitar and Andreas Eriksson on drums. They only released one full studio album that was ‘Ode to Io’ in 2000, They also released a double EP with Nebula the previous year.

So do not miss out on what could be either your first or last chance to see LOWRIDER .

Desertfest also caught up with the band to and you can read the interview HERE.

Tickets will go on sale on the 13th November 2013 from Leedstickets.com as Early Bird tickets have now sold out and confirmed appearances will be announced over the coming weeks.

The Beauty Witch Plays Host To DEAD MEADOW At The Roadhouse, Manchester On Mon 25th Nov