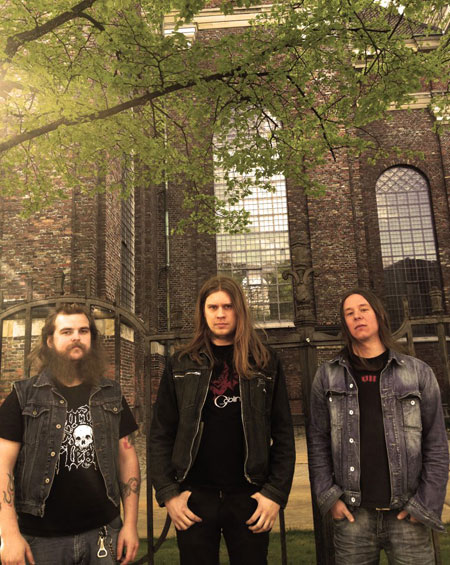 Swedish Grammy nominees KONGH have revealed the cover of their new full-length album entitled ‘Sole Creation‘, the album, which is being released by Agonia Records, will be hitting the streets on the 5th of February in Europe and 19th February in North Amercia.

Sole Creation – the 3rd album from the doom metal trio – will consist of 4 new tracks and 45 minutes of music, with a guest appearance of John Doe from Craft. The album was recorded at Teknikkompaniet (Vetlanda, Sweden) by Peter Lundin; mixed and mastered by Magnus Lindberg of Cult Of Luna fame. 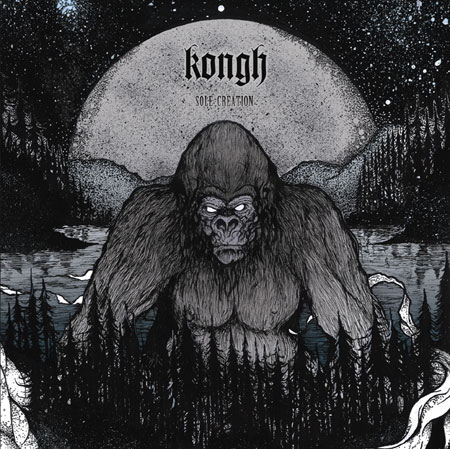 KONGH‘s front-man, David Johansson, commented:
“After a very long time of hard work, this album is finally ready for release. We couldn’t be more happy with the way it turned out and I really think it is the best Kongh material so far. For our old fans, I am pretty sure it will be well worth the wait and I also think it holds great potential to satisfy a bunch of new listeners. In my opinion, the album is more dynamic and has much more emphasis on melodies than our previous works. At the same time it maintains the harshness and it’s undoubtedly the heaviest slab of metal we’ve done as well.”