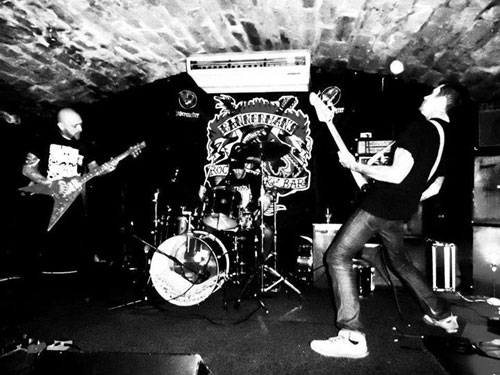 As Edinburgh based Instrumental three piece Doomers JACKAL-HEADED GUARD OF THE DEAD prepare to release their debut album, they’ve unleashed a trailer video as a taster of what monolithic Lovecraftian dirges are to come, now stream this horror below:

Since 2008 JACKAL-HEADED GUARD OF THE DEAD have been making instrumental doom. So far two EP’s have appeared, Grimoire in 2009 and The Sky Has been Riven And Our Flesh Has Been Rent in 2010, the review for which you can read HERE, and both can be streamed and downloaded for FREE from their Bandcamp page, with their debut album set for release in Winter 2013, watch this space!