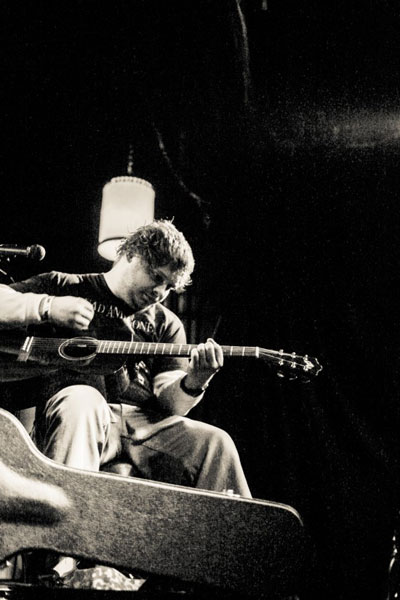 A project that stands in heavy contrast from his own active band, HARM WÜLF’s debut LP, There’s Honey In The Soil So We Wait For The Till, speaks from the heart in a style of Americana that harkens to the tranquil resonance of Low, rhythmic acoustic strumming of Strength Through Joy and the ascending power of Angels Of Light, to the insular, grotesque Americana of Cormac McCarthy and Flannery O’Connor. An unusual, emotive blend of rock, folk and experimental styles coalesce into a solidly unique, eclectic style in Hirsch’s new project, one which will appeal to musicgoers who frequent the solo works of Scott Kelly, Steve Von Till, Scott “Wino” Weinrich and other contemporary artists taking American folk rock into new territory.

As Autumn sets into the Northeast heavily this week, Revolver Magazine offers up a stream of There’s Honey In The Soil So We Wait For The Till in its entirely, now playing RIGHT HERE. 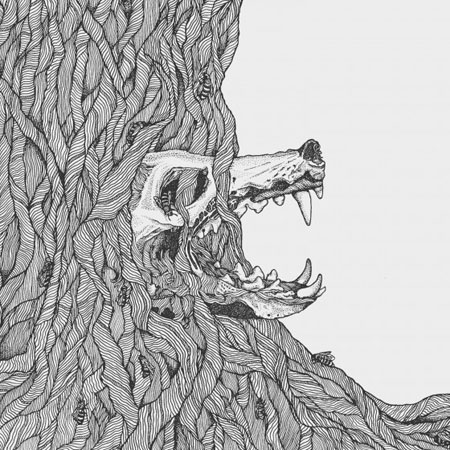 From a vagabond spirit rooted within dissimilar worlds, but both yielding a dim outlook, HARM WÜLF perpetuates a vagabond emotiveness; a non-complacent style of America. Fusing elements from multiple genres and eras into something both classic and contemporary, HARM WÜLF is the bedroom musical entity of G. Hirsch. At most times the passages are sparse and austere, others are apocalyptically orchestrated, the album intertwining elements of sadness and strength, and casting a foreboding outlook on tomorrow.

There’s Honey In The Soil So We Wait For The Till is available via download and LP formats, the wax coming in a choice of white or limited clear/black mix HERE.