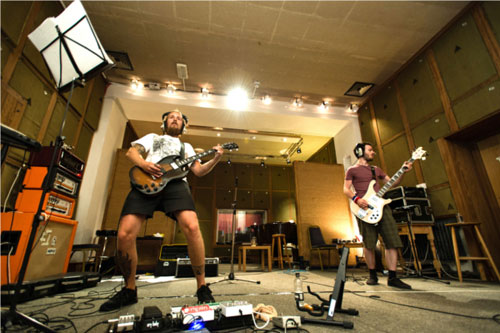 Regarding the recording of the forthcoming debut, front-man Jimbob Isaac stated: “Fingers to the bone. That has been one of our mottos since HARK‘s inception, and it carried us through to the recording studio. Long days, little sleep and grim determination made this record the beast that we believe it to be. We pushed ourselves in all kinds of ways, and that commitment resonates throughout. The upcoming mini-tour will be a nice introduction for our fans, before the record release and more lengthy tours follow in 2014. We’re having fun biding our time, but there’s only so long you can keep a bull in its pen.”

HARK have announced a string of tour dates in Europe. The trek, which starts on November 27th in France, will travel through Switzerland, Germany, and the UK. The band is also slated to make an appearance at next year’s Wild Custom Guitars Festival in Clermont-Ferrand, France. A full list of confirmed tour dates can be found below.

Led by former TAINT frontman and acclaimed graphic artist Jimbob Isaac, HARK has already released one sold-out seven-inch single and has toured with Red Fang and Clutch throughout Europe. 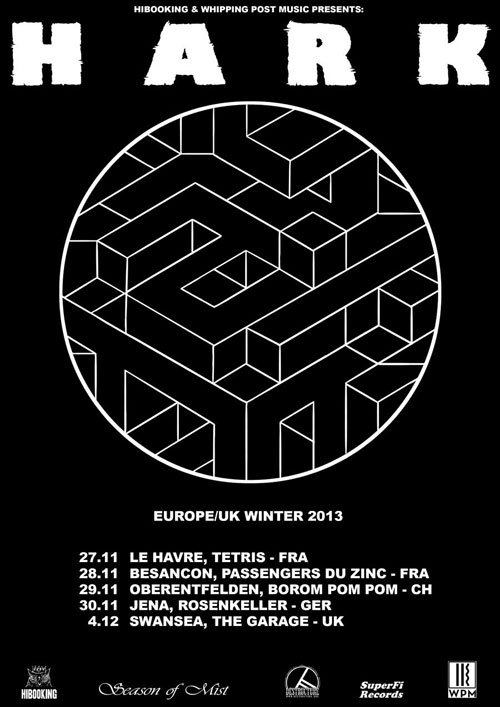 SLEESTAK: New EP ‘Book Of Hours’ Due In May 2013; Pre-Orders Now Available