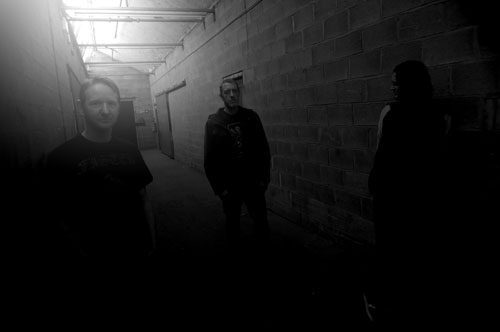 Thundering out of the West Midlands, like a fleet of steamrollers, GRIMPEN MIRE‘s ultra-downtuned, misery soaked infusion of sludge and doom will leave you flat on the floor, gasping for air.

Not content with sounding heavier than a crate of iron ingots, this three piece wrecking ball ensure that every wretched cough from the vocals, every throbbing, lower-than-thou guitar note and every thunder-crack snare is delivered with such a liberal dosing of outright despair that it will be all you can do to not want to drop out of life completely.

Between the near constant bludgeoning on offer, occasional shafts of melancholy melody poke through. There’s no release though; these moments only serve to further clog the smog-like, oppressive atmosphere created by this astonishingly brutal set of tracks

‘A Plague Upon Your Houses’ was originally released on CD by At War With False Noise, and now Witch Hunter Records have re-released this 5 track EP on extremely limited Cassette (50 copies only!) and is available now from the labels webstore HERE as well as a pay what you want download available HERE. The release also features revamped artwork with the layout realised by Nathan James Coyle, and photography courtesy of Richard PJ Lambert. 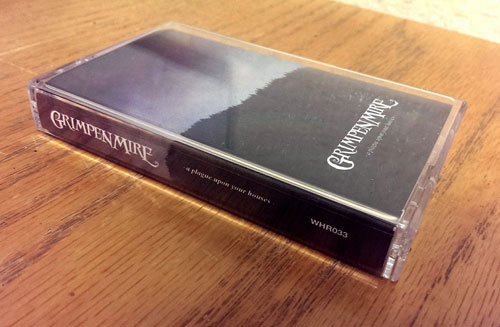 In other GRIMPEN MIRE news, the band recently released a split 12″ of new material with northern wasters BASTARD OF THE SKIES, released via Future Noise, copies can be purchased HERE.