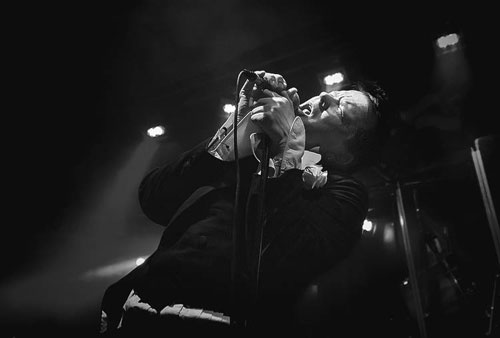 The legendary SKEPTICISM are preparing to record their new album, Ordeal. Instead of usual working methods, the band has chosen a different approach. The recording will happen in front of a live audience on January 24th at Klubi in Turku, Finland, and the event will also be captured on film.

The concert is the first time any of the songs on Ordeal will be heard in public. According to SKEPTICISM, the new songs are emotion-laden, crushing, and yet beautiful, more than ever before. Visitors to the historical recording event will also receive a repro of the band’s first 7” EP, originally released in 1992. This 7” will not be available to the public. Tickets for the concert can be purchased from tiketti.fi.

SKEPTICISM was formed in 1991. The band has been often stated as one of the pioneers and founding fathers of the funeral doom metal genre. Ordeal is their fifth full-length album.

In the meantime, check out this mesmerising live footage of the band playing The Rising Of The Flames back in 2011.