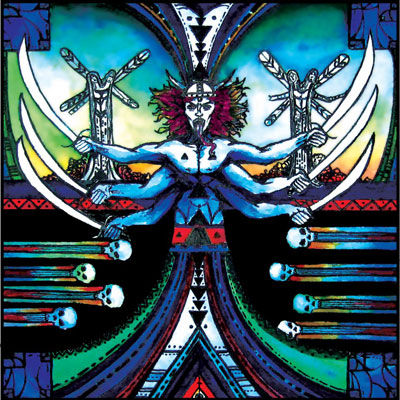 New England doom rock trio Black Pyramid premiere a new track via The Obelisk called Night Queen. Culled off  their upcoming album, Black Pyramid II, “it sums up both the maturity and the heaviness of Beresky-fronted Black Pyramid.”, according to JJ Koczan / The Obelisk. Listen to Night Queen HERE.

“We’re incredibly proud of the sonic landscapes we were able to achieve with the new album,”said Black Pyramid drummer Clay Neely. ”It’s a clear successor to the debut album and we allowed ourselves to further expand into some uncharted territories. The recording of the record was an incredibly rewarding experience and we can’t wait to bring the show back on the road.”