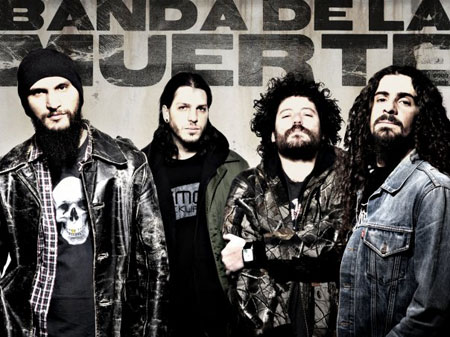 The Argentinian four-piece Banda de la Muerte are entering the studio on Jan 2nd 2012 to record their second full length album. Video updates from the studio will be published at the official website of the band www.bandadelamuerte.com in the following weeks.

Banda de la Muerte released their debut self-titled album through the independent Argentinian label Zonda Records in 2009. It can now be streamed at their bandcamp page http://bandadelamuerte.bandcamp.com/ and you can also read Tom’s review of said album here.