It’s Monday night, it’s disgusting outside, and many of us are either dealing with a terrible cold or some sort of seasonal affective disorder. Your girl had the former and a toothache. But, I fought meteorological elements to go to the seafront club/venue called Patterns to see a band that deserves all the praise we can give after having had the privilege of seeing live at least once: the Belgian power trio Brutus. Formed in Leuven in 2014 by childhood friends Peter (bass), Stijn (guitarist) and Stefanie (drums), they struggled to find a singer at first, so Stefanie stepped in. Three albums and a good hype later, here they are, having a good time during their UK tour and making a stop down south.

But first, the opening act. It was an indie rock duo called Ghost Woman. Evan Uschenko played guitar and sang pretty well, his wife Ille was on drums and impressed me many times, I don’t have a lot to say about them because 1) I’m not well versed in indie music and 2) they were good, not mind-blowing, not terrible, they were just… good. It was a short and nice set, the audience seemed to really like them and know them much better than I do, so I can only advise you to check them out if you’re curious.

It was a short and nice set, the audience seemed to really like them…

Where this report will really focus on is on Brutus, because HOLY SHITSNACKS that show was exactly what we needed, and I want all of you to follow me in the church of Brutus because they will make you feel just as good as the Brighton crowd did on that Monday night. Patterns wasn’t sold-out, but it was packed. You could tell that many of them were following the band for years as they all sung (or rather screamed) the lyrics from Liar, the second single off their newest effort, Unison Life, released last month.

The beast was unleashed and that beast, clearly, undoubtedly, was Stefanie. The way she managed to kick her drums so frantically and sing at the same time is mesmerising. Sure, she did mention that her spoken English is not as good as her written English, but who cares, she was top-notch. Out of a thirteen-song set, seven of them were from Unison Life, everyone in there already knew the lyrics and the rest comprised what fans would call classic anthems like War, Horde II or Space.

I could go on and on about my profound admiration for Stefanie’s skills, but it would be very unfair to not give credit to Peter’s stage presence, slaying his bass from one side of the stage to the bass drum edges and adding keyboard-like effects with pedals on some of the songs – in particular for What Have We Done and Miles Away, both off Unison Life. His punkish style of playing gave the show a little more oomph and compliments very well with Stijn’s more melodic post-rock vibe.

The whole thing worked so well live, and it absolutely did not disappoint the other night in Brighton. After all, their Facebook page description is literally ‘Trouble comes in threes’, and I like troublemakers the way I like my Sabbath: loud and cathartic. The moment that really got everyone going was when they played Dust and Sugar Dragon back-to-back, which were the perfect closing songs for them. Sugar Dragon is the perfect song for those who had a bad day, a crap week, an awful month or a good ol’ shit year because of the quiet-loud-quiet parts.

The venue in itself wasn’t ideal if you are short, but the sound was really good, the performance was stellar, and the ambiance was festive. It was an incredible show, the new album is a gem, I wish I could have taken pictures that night to show you how fantastic this was, but I can promise you that if you haven’t checked them before, you need to do it now and indulge yourselves in some sweet and tasty Belgian post-metal. Then, you will want to see them live and see for yourselves why Brutus is a band that will become bigger and bigger overtime, and absolutely deserves to. 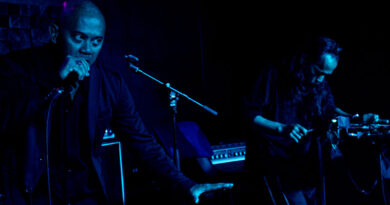 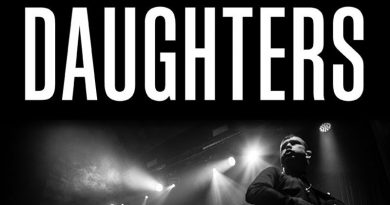 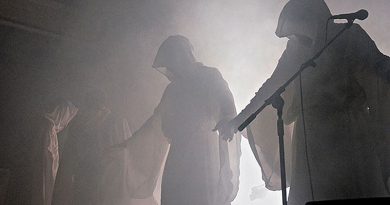