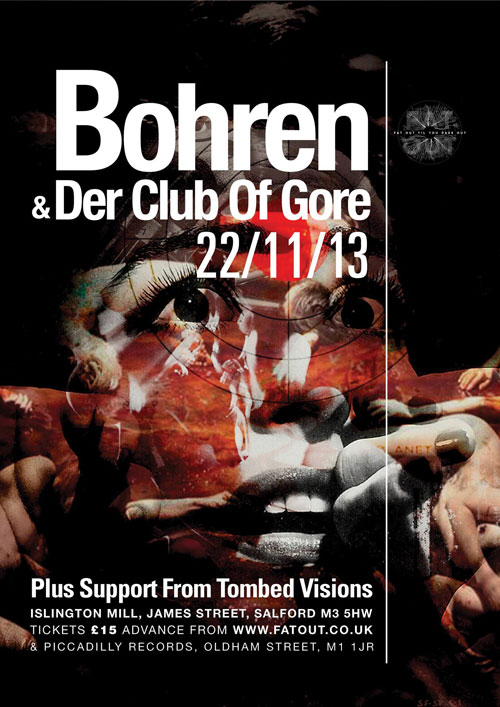 It seemed wrong that a gig such as this one would be anywhere but Islington Mill. Self-proclaimed hosts of “legendary experimental gatherings”; the old Salford Textile Mill has earned its self a reputation for the quirky and diverse, with an ethos that would be irritating if it wasn’t running a fantastic venue. Walking through the exposed red brick interior towards the venue room I was in two minds with my expectations. One was that the room inside would be lit by candles with small tables and chairs facing the stage amongst the pillars in the bare room; throngs of hipsters dressed in what look like German SA uniforms and bowl cuts would be sat in their own clique’s regarding anyone else with a lack of humour and excruciating superiority. The other; was that there would be a misfit bearded metal type crowd un-easily shuffling from one foot to the other at the edge of the stage wondering what to do with themselves. As we entered the barely lit room it turned out to be a bit of a mix between the two with people amiably floating between the bar and a few sets of sofas amongst a semi-circle of plastic chairs facing the stage.

I grabbed a chair and settled down for the first band Tombed Visions which is apparently an umbrella for various groups of collaborating artists, which leaves things ambiguous to say the least. I began to sit and try to zone out in-front of fiercely psychedelic images morphing and duplicating around the screen, while the drummer uses his brushes sparingly to extremely drawn out melancholic synth controlled from a Mac at the front. The man controlling this is stood with both arms leant on the desk in-front, intensely conducting like the black turtle-necked Oswald Mosley of in-consequential electronic sound. A severely fringed twee looking woman with a flute spontaneously floated a few notes into the cosmos. I won’t pretend I understood quite what was happening during this period; although those on stage looked serious enough to make me think that there was some sort of idea that they were somehow following. Although lost, I felt pleasant and relaxed, floating in a warm bath through the space of my own head. I began to think that I was in the perfect situation for mind bending chemicals; un hassled by people, jarring rhythms and with interesting images to gawp at in front. This turned out to be far from true; the electronic waves hinted at odious intentions before turning sour all together. I could imagine it; wide eyed, white knuckles gripping my chair at the heinous changes. The flute increases its sporadic use with intense flurries of madness over the synth and now crashing drums. Enough to give feelings of intense anxiety sober. It was apparent that this evolution into cerebral cheese-grating was the climax of the show, which was in all honesty, something I have never come across before.

Bohren & Der Club Of Gore were born through two friends with a common interest in extreme metal, grind and doom. Striving for something along the lines of “Doom ridden Jazz”, they decided on Bohren (the German word for Drilling), which they then elongated in homage to the Dutch instrumental band “Gore”. The band have since achieved cult status, along with line-up changes, several albums, and guest performance/approval from Mike Patton.

A ridiculous excess of dry ice preventing any sight further than your hand obscured the bands entry to the stage, but as it cleared, four clean cut figures in black suits emerge slowly in the dimness and commence while everyone falls silent. Bohren’s sound is all shades of black, yet it has a soulful yearning created by the husky tones of the saxophone over the Vocoder, Synth and Mellotron . Doom Jazz might well be the easiest way of describing the airless, vaguely sinister comfort of the moody, un-eventful passages, although it implies an aggression which isn’t there (If it were to cause you harm it would choke you without you knowing). As the first song ends the epitome of a sax player with silver hair asks us in a smooth low deliberate tone, accentuated by the German accent, if we want more bass, which happens several times until it vibrates through the floor and you can almost sink your teeth into it. When the band started it relied on the audiences complete silence, a can of red stripe opening pierced the atmosphere horribly; something which the increase in volume dealt with. The bass provides a constant rhythmic repetitive wall of volume; the dark suffocating backdrop to which the saxophone glides over with richness that sounds almost like low level distortion. While there’s obvious Jazz influence in this respect, it’s too ambient and too structured for that, everything focused on dragging you into warm timeless black, imagine looking down a pitch black allay in the pissing rain with a stomach full of rum.

The audience watch intently and quietly to maintain the atmosphere, and only make a sound at the end of a song, when the mandatory request for more dry ice occurs. Strangely enough, in one of these interludes, Christoph Closer (Sax) tells a joke. The joke is obviously told in a very sombre, very German fashion that starts with a confusing story about a wolf. He apologises several times saying that he can’t explain it properly in English, but it basically turns into a peculiar sexist anecdote about a woman’s in-ability to drive, killing said wolf, which was all the more charming for being completely bizarre and without wit.

The band seem to be especially pleased with the place and our reception, declaring that while they don’t do encores, they might well do an encore for us. They re-appear in another dose of dry ice for a while and re-appear again for the Finale and favourite, ‘Constant Fear’, from ‘Black Earth’. Sitting there with a strong chocolate stout felt like being rolled up in a cigar of velvet and smoked up by the grim reaper. 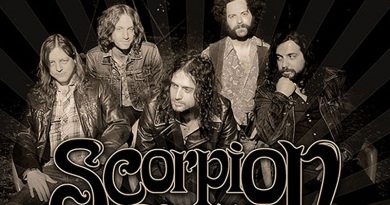 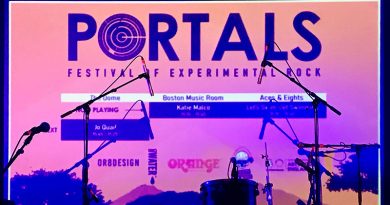 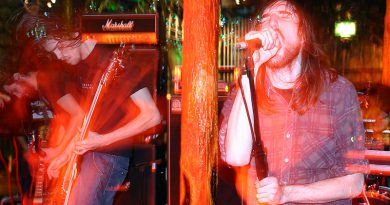