Due to a shameful miscalculation of times on my part, my entry to tonight’s basement du nuit is greeted with near-pitch darkness and a deathly, grumbling drone that swells to terrifying dimensions as I work my way through the crowd. It seems that Skullwizard have already begun their rituals but there’re a few things different tonight. First is the mysterious hooded vocalist who stands in the centre of the floor facing the rear wall, unflinching and occasionally emitting infernal screeches like a non-Norse Runhild Gammelsæter. The other is the fact that they sound otherworldly huge. Drums strike with a keen sense of devastation and James T McKay (he of The Cosmic Dead fame) destroys a single, pulsating riff like it ran over his dog before setting off on a shredding, frenzied detour. His status as Glasgow’s answer to Kawabata Makoto is obviously quite apt tonight but it still doesn’t detract from the energy and speed when he really attacks, an impressive sight made all the more so by his companions matching him for pace. Of their two songs, it’s the latter that sells their set, a punkish flurry that slowly descends into the blackest pit of utter, all-encompassing doom. Both newcomers and those who’ve caught this lot countless times before are left stunned by what just occurred and it’s fair to say that Skullwizard are fucking doom. 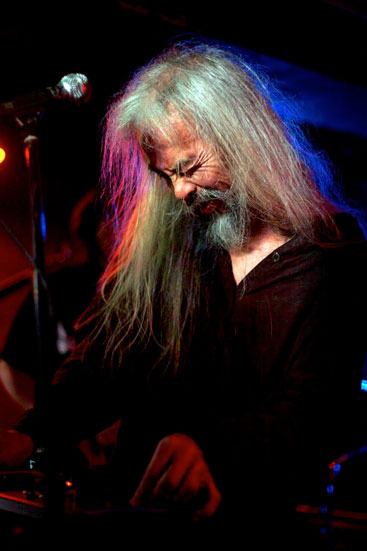 There are few Japanese bands who are quite as frequent with their visits to the UK as Acid Mothers Temple but these yearly sojourns are most welcome. Despite recently forming yet another incarnation of their collective (the Sabbath-worshipping Space Paranoid) it’s the original Melting Paraiso U.F.O. that are here tonight and it’s a set that is as representative of them as anyone could dream up. To veterans, their adherence to tried-and-tested acidisms might come across as a little restrained – there’re no signature Kawabata guitar destruction, for example – but it’s a treat to watch such undisputed masters focussed solely on their craft. A fuzzy, fiery Speed Guru sets things off with a bang, a punk-as-fuck riff that shoots off like a rocket and, just as it seems to fizzle out, is reignited by Kawabata and his manic shredfests. When they drop into a swirling, melting jam, they’re no less animated, Higashi Hiroshi looking like a rapturous guru as he builds up his strange, meticulous and fluid screens of synth, filling the air which his bandmates inhale with his own strange aura. 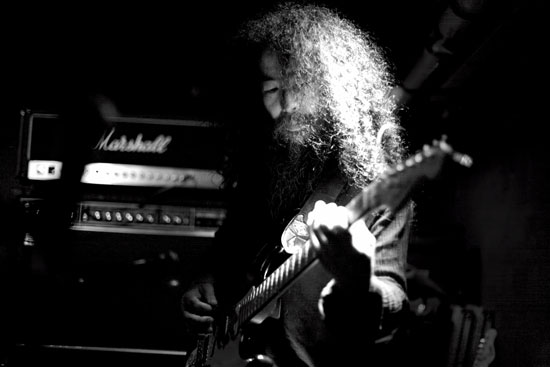 With the exception of a guitar strap mishap with Atsushi Tsuyama, for 90 minutes everything seems right, even down to Tsuyama’s bizarre mid-set mime display and improvised intros, be they whistles or even something as simple as him blowing on the mouth of a water bottle. While Speed Guru ticked the AMT box for speed, La Novia shows their more spiritual side, Tsuyama’s throat singing backed by spaced-out theremin before the band join him in his Occitan chants. It’s always a highlight whenever it’s rolled out but as a beautiful display of intricacy from Kawabata morphs into a not-at-all-surprising Pink Lady Lemonade which, despite its inevitability, still elicits a cheer, the superior piece makes itself known. If it’s sometimes forgotten just how filled with bliss and peace this song can be, this more measured band take seeming delight in reminding everyone. An escalation into the blistering OM Riff sets Kawabata off on full pelt once again, Tsuyama providing rhythmic pulsations with dizzying speed, and the effect it has is best demonstrated by James McKay standing stage side and relentlessly headbanging, Buckfast and beer in hand. Cometary Orbital Drive gives the band one final shot at both tripped-out glory and fret-bending excess, the speed guru devoting the second half of it to one impossible, endless and violent series of exertions that ends with him swirling his guitar through the air and, just as it looks like it’s about to be ploughed into the floor, it’s unceremoniously swung up onto a nearby amp, signalling the band’s rapid winding-down. Tonight may have played out like a ‘Beginner’s Guide to Acid Mothers Temple’ but even for old hands, this may have been one of their most competent, not to mention accessible, sets to date. It’s five of the most wildly skilful, intuitive musicians in the world making music that’s sometimes physical, sometimes hypnotic and it’s why that one year wait for their next visit can seem so agonisingly long. 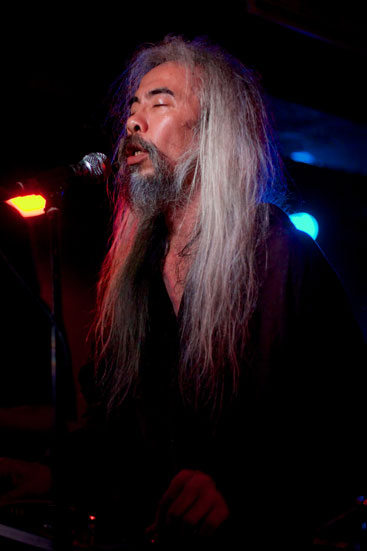 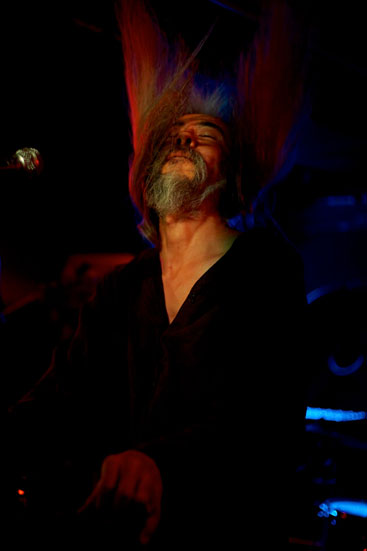 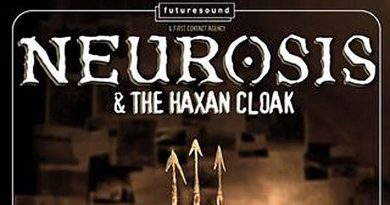 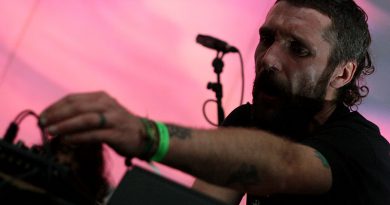 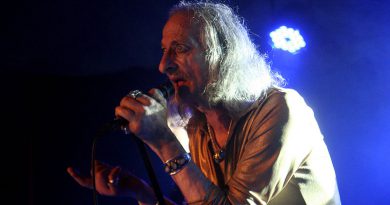