One of the more intriguing albums to come out of the lockdowns of the past year and a half has been Tiralogos’ debut, Stroh Zu Gold (Exile On Mainstream Records). A collaboration between multi-instrumentalists Conny Ochs, Kiki Bohemia, and Sicker Man, the album is a wide-ranging affair touching on everything from doom/drone to heavy psych to sad disco to kosmiche, and even contemporary classical composition. It’s a wild ride and I was really happy to be able to catch up with Conny, Kiki, and Sicker Man via email to talk jamming and how exactly the song Batdance (which, a little to my regret, isn’t a cover of the Prince song) got its name.

Conny, listeners coming to Trialogos from your solo work or your collaborations with Wino are going to be in for a surprise, I think. How did the band come together?

Conny: I think Trialogos was finally born out of a need for liberation and just the right and most improbable alignment of circumstances. Before we even knew we would find ourselves with an album out and the first shows booked, we had just been following an invitation to play together at an art exhibit on Rügen island in the North of Germany. It was actually unclear what we would do there, as the curators, who had previously seen us share the stage during the last show of the Doom Folk Tour, expressed their wishes to try out something new and also use the three specific rooms – that were part of the whole installation – for our performance.

We quickly agreed to use the artistic freedom and unusual circumstance to do an improvisation set altogether, using the architectural setup of the place and the way visitors were moving through the rooms as a basic concept for creating sounds and arrangements on the spot. It all somehow just fit, and we were very much taken by surprise by the way that the music took during the set. It was very liberating and exciting. I think this curiosity of exploration is a feeling all three of us share.

Andreas Kohl from Exile On Mainstream Records was at that show and gave us a heads up right away if we ever wanted to release anything, which strongly backed up the excitement amongst us that had already started to grow. I’ve been friends with Kiki and Sicker Man for many years now and we always followed up on each other’s musical journeys. Only before, we just never had found a way to hang out for a longer period of time and dig deeper into what would happen if we fused our different musical styles together. During the 2020 shutdowns without any live shows or recording sessions scheduled gave us the room to do just that and we stepped on that new path in front of us. We´re actually quite curious where its gonna lead to.

Stroh Zu Gold covers a lot of ground stylistically but is still cohesive. I’d love to know what you, Kiki, and Sicker Man were listening to while you were writing and recording?

Kiki: During production we would mostly listen to what we recorded to select our favourites and exchange ideas for overdubs. While in the process (especially during mixing) the only other music I can listen to needs to be from a very different space and time. Mingus, Alice and John Coltrane, Sun Ra, Fela Kuti and Eric Satie always work great to help the mind rest and find some comfort to gain new strength and vision. Prior to the recording we made a five and a half hour long playlist with music loosely connected to our idea of Trialogos.

Since we did not have a determined musical intention, this would not be stuff we wanted Trialogos to sound like, but maybe a structure or progression we considered interesting and wanted to try out (like the way a voice is used during a Gorecki Symphony or the long intro of Isaac Hayes’ crooning about the time he got to Phoenix) or even just a lyrical topic playing with the idea of ‘the three’ (like The Ink Spots). This playlist covers a variety of artists and musical styles like Spaceman 3, The Velvet Underground, Arthur Russell, Kronos Quartet, Laurie Anderson, ESG, Can, Neu!, Scott Walker, Dr. John, Don Cherry, The Books.

The instrumentation is quite expansive too. How did you decide who’d play what?

Sicker Man: The expansive instrumentation came with the setting at Blank Studio. In order to perform our 56 Lockdown Sessions in spring 2020, Kiki and I set up a lot of different instruments to immediately play and record. So, there was this room stuffed with analog synthesizers and electric pianos, percussion instruments and drum machines, electric and acoustic cellos and guitars, heaps of analog effects, etc. This was also the scene for the Trialogosrecordings.

What was the writing process like? Was there a lot of improvisation involved?

Sicker Man: When it comes to the process, improvisation is always a main part of it, or as we prefer to call it, instant composition, because for us it is more about improvising structures and melodies. In order to organize and guide these instant compositions, we also like to use methods, that are inspired by ideas like the I-Ching or the Song Books by John Cage.

Before we start recording and creating a new track, everyone thinks of a little headline for themselves. It can be really simple like, ‘For the next track, I want to play just on the A-string’ or more strange ones like, ‘Now I will play two colors at once’. Really similar of course to the ‘oblique strategies’ by Brian Eno, an artist and producer that we really adore. There’s also a strong link to early krautrock artists in our work, may it be in style or in attitude. Bands like Cluster or Neu! are the rare examples of a fruitful German influence on the international music scene.

When it comes to the process, improvisation is always a main part of it, or as we prefer to call it, instant composition…

I have to ask about Batdance. Is that a nod to Prince’s Batman soundtrack? The beats have a total late 80s kind of feel.

Sicker Man: Yes, we totally understand you ask. This track emerged from an early session, it was actually the very end part of an improvisation, that was partly inspired by the band Beak. I guess, the 80s feel comes up with the use of the arpeggiator of the Moog synthesizer along with the Vermona drum machine. This is one of my favorite combinations and I use it quite a lot on this album. As for the name, this actually came from a video we watched together afterwards over a glass of wine. It was a short YouTube clip, where you could see bats hanging upside down, looking like they were dancing in a goth disco. This video gave us the name, though we don’t mind the Prince reference at all.

I understand the title of the album Stroh Zu Gold is a reference to the folk tale Rumpelstiltskin. What made you chose that title?

Conny: In the tale, which in general is quite mystical for various images that illustrate the story, there is a part when a seemingly improbable task, turning straw into gold, needs to be accomplished, and it is achieved through witchery. The album was recorded in strange and adventurous ways, which during one of the sessions made that image pop up in the process, and it stuck. I feel it somehow describes the alchemical quality of the music.

Was it strange playing in an empty theatre as part of your Roadburn Redux performance?

Conny: It was strange, of course, but also oddly fitting. It was the first time we ever played live, and somehow it strikes me as if all that void around us gave us a chance to find a setup on stage and regarding our sounds that was not determined by a classic artist/audience situation. Of course, now we can’t wait to play for people, but the experience was still quite profound. Hopefully we could transmit that. Also, we had a small audience. The UT Connewitz Crew who helped us setting up the whole thing was there with us, hands and hearts!

It was the first time we ever played live, and somehow it strikes me as if all that void around us gave us a chance to find a setup…

What can you tell me about the history of that venue, the UT Connewitz?

Conny: I know the UT (which stands for Union Theater) mainly from festivals I was involved with since I joined the Exile On Mainstream Records family. It’s one of the most beautiful places to play and is run by some of the kindest and professional people I have met on the road. It’s still an active cinema, apart from the live shows, and I think one of the oldest in Germany. Also, it’s run completely independently. Many great bands have played there, and the beautiful people who run it always push the envelope on music, art in general, critical thinking, or simply creating and providing a place for people to interact, to inspire and be inspired.

Was it difficult to recreate the album live?

Sicker Man: The process of making this record helped to perform it live. Because with most tracks it wasn’t difficult to adapt the studio situation – which was three people improvising in a room – to the stage.

Kiki: We are preparing to play some selected festivals gigs in Germany during the summer, working on the release of a digital EP in the fall/winter and since we teamed up with the amazing Swamp Booking, we are hopefully going on a European tour in spring 2022.

Trialogos debut album Stroh Zu Gold is out now via Exile On Mainstream Records and available to purchase on Vinyl and CD over on the labels webstore. 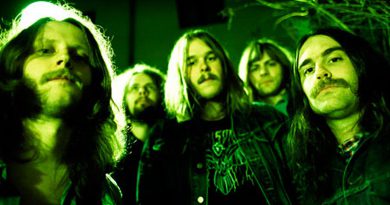 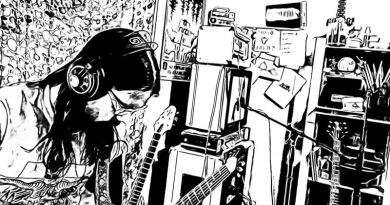 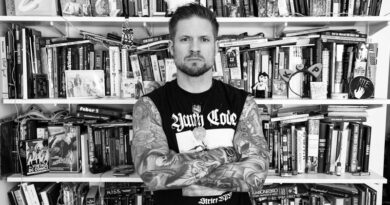 In Search Of Tone: Johannes Persson Of Cult Of Luna