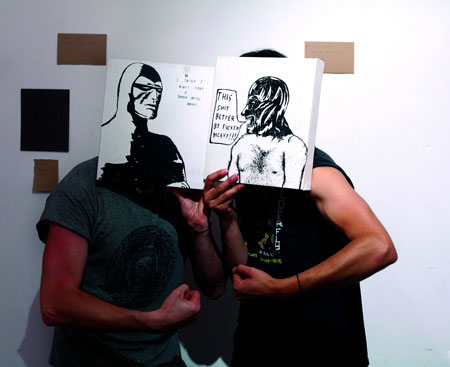 DEAD is the sound of two blokes with little man syndrome trying to punch above their weight and actually pulling it off. Their second LP is called ‘Idiots‘ and it’s really fucking good. If you don’t understand this you are an idiot.

While most of the media remain unaware DEAD exist they have sold out two pressings of their first LP THUNDAAAAAH! on Wantage USA (Big Business/Red Fang etc.), Ricecooker (Malaysia) and their own label WeEmptyRooms through hard touring and killer live shows. DEAD have barely stopped for a breath since their inception in late 2010; U.S.A, Japan, South East Asia, New Zealand and most of Australia have all copped extensive tours from DEAD whether they liked it or not. 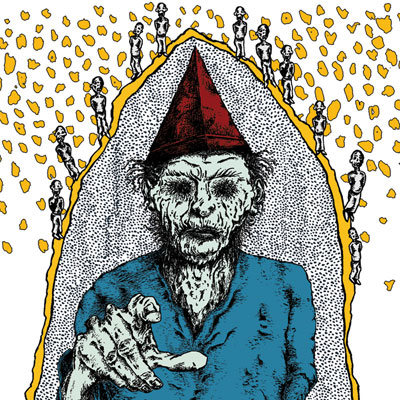 When making their second album DEAD employed a simple tactic; Record each song first take, warts and all, keep overdubs to a minimum and mix it for the few people left who still listen to their music on a decent stereo. The end result is a cohesive album from start to finish, true to their live sound and laced with a few…ah…‘‘experimental” bits.

‘Idiots‘ is available on a Deluxe 180g LP with Screen Printed sleeve (Limited to 64 copies), Standard LP (335 copies) as well as Digital Download and you can order copies from their Bandcamp page HERE.