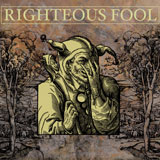 So we wait for years for any C.O.C related activity (barring Pepper Keenan’s continuing infatuation with Down) and like the proverbial buses along come 2 releases at the same time. By now most people will be aware of the return of Reed Mullin to the C.O.C fold and the reunion of the “Animosity” era line-up of Mullin, Mike Dean and Woody Weatherman to play a few shows and release the “Your Tomorrow” 7″. Well, it turns out that in their downtime, Mullin and Dean haven’t exactly been resting on their laurels and have quietly been plugging away in another 3 piece featuring guitarist Jason Browning (from Bad Brains vocalist HR’s backing band). Is it pure coincidence that this 7″ appears at the same time as the latest C.O.C offering and on the same label or is it an opportune chance to piggy back some of C.O.C’s long time popularity? Whatever, there is no doubt that this release is always going to court comparisons with their “day” job. Such comparisons are not entirely unjustified but it has to be said, for me, Righteous Fool step up to the plate and hit the ball right out of the park!!!

Righteous Fool do kind of pick up where latter day C.O.C left off and stylistically there is little to separate them. Across the two tracks here, “Forever Flames” and “Edict of Worms”, the same hairy riffs that have been infused with the smoke of the Sabbath fire abound with a mighty head throbbing groove. “Forever Flames” is a more direct, up tempo beast that chugs along with a youthful glint in its eye that belies the members’ lengthy careers. The guitars are syrup thick and Mullin, always a criminally underrated drummer kicks along with the fire of the good old days of “Deliverance”. Flip this bad boy over and “Edict of Worms” pulls back on the pace and increases the atmosphere with a sinister yet restrained little ditty that boasts a chorus of elephantine proportions. It’s not a million miles from “The Snake Has No Head” from Wiseblood”. As I said previously comparisons are inevitable with C.O.C and this release would sit pretty comfortably between “Blind” and “Deliverance”. Groove wise and riff wise that has the “Deliverance” style all over it but melodically and vocally it hints quite heavily at “Blind”. As with the C.O.C 7″, Mike Dean has learnt to sing and here his voice is confident and powerful, more so it has to be said that on the C.O.C release, and here his voice does start to veer pretty close to that of Karl Agell from the “Blind” era.

Whereas the new C.O.C release is a great song that just needs a little more focus, Righteous Fool have delivered something that seems like a more coherent and fully realised package. I guess that is to be expected as the C.O.C reunion is a pretty recent occurrence and this band has been brewing and putting in the leg work for some time. All in all it seems that long term fans of C.O.C have some hope for the future…you like the faster, hardcore days of the band then check out the latest incarnation of C.O.C doing the rounds, you want more of the mammoth groove and hairy arsed riffs that made them world famous then hop on the Righteous Fool’s back. The more I listen to these 2 tracks the more I love them, and the more I love them the more I want to listen to Deliverance…that can only be a good thing. Let’s hope they get the time to put a full album together as we could all do with this while we wait for Pepper Keenan to stop fannying about with Down and come back home!!!