Our humble music community displayed amazing solidarity over the last couple of years as when the pandemic hit, gigs, tours, and festivals came crashing down. Bands were unable to record and practice, never mind play live in front of an audience, but due to the wonders of the internet, we managed to hold it together. Now as the dust settles, and life begins to get back to normal-ish, Italian rock ‘n’ rollers Mad Dogs reached out to their friends, fans, and associates to contribute to the video for their track No Regrets.

Taken from their latest long-player, We Are Ready To Testify, which was released in late 2020 by Go Down Records, Liam in his review states it ‘maintains the high tempo but feels altogether more downbeat and introspective. I really enjoy the bass playing on this track and the (comparative) lack of distortion on the guitars really alters the mood, even though there’s still the requisite catchy chorus.’

And about the video, the band comments, ‘No Regrets is a straightforward, punchy, proto-punk song about how important music is to all of us, a never dormant passion that shapes our lives. We decided to make a tribute video to underground music and culture, which have struggled to survive throughout the pandemic lockdowns in the last two years.

They then add, ‘We dedicate it to those who never stop believing in their dreams. We involved about 70 bands and musician friends from all over the world because the sense of sharing and belonging is the power of rock ‘n’ roll forever and ever!’

Now click play below for a rock ‘n’ roll tribute to our beloved music community, you won’t regret it…

More On Mad Dogs & ‘We Are Ready To Testify’

Mad Dogs are back with a catchy third album! The band from San Severino Marche released a work full of powerful rock’n’roll remarking its love for high energetic garage vibe and the 70s atmosphere. 10 tracks which overwhelming riffs evoke a roller-coaster of adrenaline. Echoes of The Hellacopters, Sonic’s Rendezvous Band and Radio Birdman meet with MC5, Miracle Workers and New Christ. Recorded at Teatro delle Voci in Treviso, Italy, We Are Ready To Testify is the evidence that fighting for what you believe in and following your dreams is the right way to get free.

Mad Dogs is a band born and devoted to rock since 2009. In 2016 the band found its shape and stability after several formation changes. From now on the artistic and creative process has been oriented towards high energy rock and 70s’ sounds.

n autumn of the same year, Mad Dogs entered the Go Down Studio in Savignano sul Rubicone to record Ass Shakin ‘Dirty Rollers. The album was mixed and mastered by Alfredo ‘Epi’ Gentili and it came out in April 2017 via Go Down Records. It was an instinctive record, written and recorded in a short time and able to shoot the band without filters. The project was supported by the two singles I Can Move and Point Of View, both launched with videos. The critics positively welcomed the work.

Strengthened by the gained experience and with a new awareness, the band was ready to record the new album We Are Ready To Testify in June 2019. The Mad Dogs showed off a powerful sound, emphasizing the rock’n roll attitude and love for garage-rock sounds, but giving space to more refined details and 70s atmosphere too.

During these years the band has shared the stage with artists such as Lords Of Altamont, Deniz Tek (Radio Birdman), Keith Streng (Fleshtones), Yawning Man, Sick Rose, Not Moving, and many others.

We Are Ready To Testify is out now through God Down Records and is available over on the labels webstore. 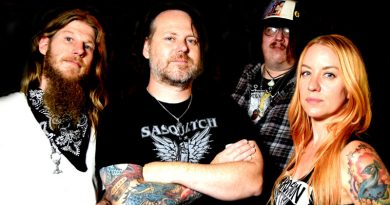 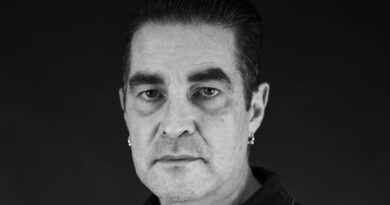 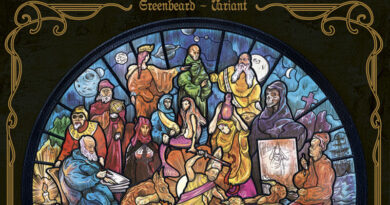