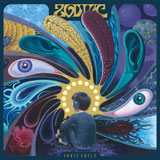 Zodiac are here to rock! That’s what their bio tries to get across to you, pure rock with no mucking about. They channel the spirit of 70s rockers like ZZ Top or the Eagles without the overt country influences. A release that sounds like it comes from the dusty streets of Arizona, but actually from Germany. Clutch-lite? Maybe, but you cannot deny the quality.

The spoken word intro, followed by slinky, 70s bass and synths, betray flashes of Pink Floyd in their psychedelica. It feels like we’re about to slide into a blaxploitation movie at any moment, it is very chilled out and funky. You’ll not hear an intro like that in rock music anywhere today. Kudos to Zodiac for that at least. When the record starts proper with Swinging On The Run, we get an injection of bluesy rock and roll that possesses a killer boogie riff. This is a band that is about the power of music, as the intro states, and what we have here is a track that sells you nothing but the soulful power of rock and roll. The solo is restrained but apt. The rock is solid and supple.

Sonic Child has a cool propulsive bassline, and vocalist Nick van Delft’s soulful croon is just the crowning glory. Each track provokes that closed eyes, head nodding groove that every man, woman and child looks for in music. Holding On is more urgent, rumbling bass driving us onwards towards yet another beautiful solo. What Zodiac do is subvert the obvious blues rock paradigms, taking elements of blues, soul, desert rock, driving basslines and deft drumming and twisting them into exciting new styles.

The dark, acoustic ballad Sad Song is a chance for the storytelling prowess of van Delft to shine through. He comes across as a weaver of tales, rather than a preacher, gracing this melancholic moment with poignancy and gravitas. The slow solo is another brilliant addition. The solos should be given special mention, as they really enhance the songs. Not just there to show off guitar skills, they add an extra layer to the music. And for an album that is driven by the hypnotic power of rock music, it fits beautifully.

The driving Out Of The City is deceptively simple in its direction, all bluesy licks and catchy choruses. The epic A Penny And A Dead Horse is the album centrepiece; a haunting paean to a lost love. It’s dark and when the drum and bass kicks in, overlaid with another killer solo, you begin to feel that Zodiac can extract any emotion from you that they see fit.

Be it the mourning poems of the Mississippi Delta in Rock Bottom Blues or the groovy, catchier than an STD in a whorehouse Good Times, Zodiac turn their hand to all different styles of rock and turn them into a natural selection of great tunes. We’ve been blessed this year with some very complex, musically intense records. It’s about time we had some honest to goodness fucking RAWK. Sonic Child is exactly that, proving that classic rock still has an inspired soul at its heart and a riff or two in its back pocket. Crank it. 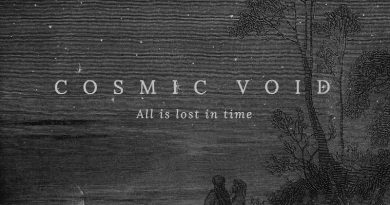