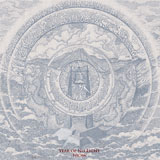 As the post-metal tag slinks ignominiously back to the hole from whence it came, the bands who found themselves lumped under it have either vanished or expanded their sound in their own inimitable fashions. Case in point is France’s Year Of No Light, who have already delivered one stunning piece this year in the form of their score for the 1932 movie Vampyr. ‘Tocsin’ can’t exactly be considered a true follow-up to that, given the highly specialised nature of the former, but rather it’s a natural progression from 2010’s ‘Ausserwelt’, building upon their three-guitar maelstrom of sound and finding new, more insidious ways for it to bring out the misanthrope in all of us.

The title track is perhaps the most ‘classic’ cut here, opening with a tranquil wash of synth and a solemnly echoing guitar line before burgeoning six-string destruction rushes towards the surface like a colossal squid, looming ever-larger in the mix before enveloping the world and dragging it into the abyss. It’s something they’re all too good at but there’s an elegance in their layering of sound upon sound that makes it not only harrowing but quite breathtaking to boot. Contrastingly, ‘Géhenne’ doesn’t fuck about. It’s a rush of sonorous energy that proves weirdly catchy, the shrill melodies dashing alongside thunderous drumming and dragging you with them.

‘Désolation’ is the album’s emotional crux, a solemn piece that floats past on its own empty impetus and ascending with an irregular, jarring power, although ‘Stella Rectrix’ is by far the most ambitious cut on offer. Building upon the cinematic guile they exhibited on Vampyr with an unsettling Vangelis-esque synth intro, they bring the curtain down with a lumbering, fuzzy mammoth of a riff that escalates into an insistent, cacophonic swell of frantic percussion, a lone guitar setting the lot ablaze with a high tremolo that burns like thermite. It’s hard to downplay the chaotic energy that’s exhibited here – the eroticised tease of the build-up and the ferocity of the collapse make for an exhilarating pairing, leaving you completely spent by the time ‘Alamüt’ draws the album to a close, its Krautrock-like pulsations eventually overtaken with an air of violent malevolence and a soaring finale that’s vertigo inducing.

What sets Year Of No Light apart from the pack is that while others may focus on the build-up, ‘Tocsin‘ puts just as much focus on the plateau, pulling you across and upwards, through jagged rocks and acrid plains before stranding you in an unfamiliar, imposing landscape and forcing you adapt to the cacophony until you come to enjoy it. It’s a technique that takes a subtle balance of force and atmosphere, both of which this lot excel at, and much rests on the roles of Bertrand Sébenne and Mathieu Mégemont. While they both share keyboard and synth duties with the rest of the band, allowing for the complex layering with which they can shape moments of halcyon bliss, when both of them pickup sticks together it induces a massive sensory overload, most notably on ‘Stella Rectrix’s last stand, when the pound becomes almost maddening and even drowns out the armada of guitar they have going.

It’s not only a great heavy album but it’s another huge leap for the band, going one step closer towards trapping the oppression and emotionally draining aura of their live shows on record. They’ve shown that you can craft intelligent song structures while retaining a fluid sense of progression, and that heaviness need not come at the expense of emotional involvement. The most devastating moments here are the quietest, the ones that slowly creep up and insinuate their way into your bones. Keeping to their name, there’s not much light to be found at these depths, but that’s okay. There’s enough cold comfort in these songs anyway. 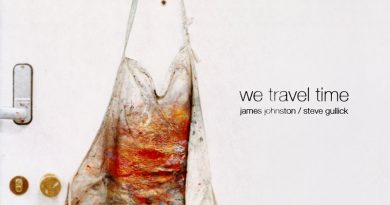 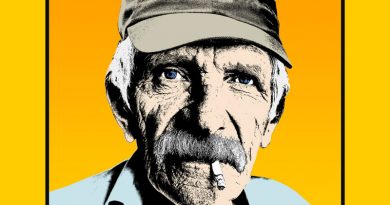