Again, we only have an eight second atten… ohh, we already mentioned that, meaning new music is very hard to keep our attention because there is always something new a few seconds from now. When The Deadbolt Breaks hopes to grab your attention for at least as long as a goldfish, or even longer and in a clever way, I think they succeeded.

Their new album has been split into two, As Hope Valley Burns: Eulogy, which I discussed a few weeks back and was released on Halloween through Electric Talon Records, and for this review, I’ll be talking about As Hope Valley Burns, which is actually the first chapter in the series, but in a twist of fate, the second to be released and this time by Argonauta Records.

To backtrack a little, I had the pleasure of reviewing their previous output Until It All Collides: The Nightmare Version and in the hope I don’t rehash the same way of writing that review, I’m going to take a slightly different approach. I’m going to give you my reasons why you should give this release a proper listen.

Music is heard but it’s also felt. It becomes an addiction to seek out new music that you can feel. At the eight and a bit minute mark on the fourth track on As Hope Valley Burns is that specific sweet spot for me. The song is titled The Crushing Weight of the Sun and the distorted tones guitarist/vocalist Aaron Lewis unleashes fits the title. I clearly remember sitting on our porch with my wife enjoying the music and talking, when the fuzzed-out chords echoed out, followed closely behind by the deep pounding drums of Rob Birkbeck, my wife and I ceased talking simultaneously and felt the music. The remaining five minutes were quietly enjoyed and it’s moments like that, where the music just grabs a hold and won’t let go, makes listening to this album a necessity.

For anyone that knows Lewis (or stalks him on social media…) you can see his talent far surpasses the recording studio. He’s a fantastic photographer as well. I bring this up because music to me is more than just the album. It’s an entire work of art. Browsing his galleries of abandoned buildings and places, I can almost hear the music. I don’t know if any musical inspiration comes from these photography sessions as one specific gallery showcasing an abandoned drive-in theater really stands out.

The closing song is called So Lost Are We. A fitting title as well and the music just flows ever so perfectly with the imagery. The opening drum beats echo as if played in the overgrown fields. The growling vocals and deafening riffs come crashing in an horrific way, worthy of the terrifying scenes. The standout moment is the minute-long calming middle section that has a slap-back delay guitar riff laid over the atmospheric genius created by Steve Wieda. I’d imagine these could be recorded in some of the abandoned buildings Lewis has photographed. Again, goosebumps.

As stated earlier, I changed up how I wrote this review and focused on the final two songs. That’s not to say the first three are worth skipping because that’s far from true. The Evil opens with a haunting vibe that sets the mood for the album. The Hanged Women erupts with quite possibly the heaviest riff on the record and keeps going for the length of the track. This epic is followed by the shortest track on the album and quite possibly all of When The Deadbolt Breaks discography. Clocking in at a mere two and a half minutes, Awakening packs a lot into its short run time. A slow droning intro is immediately switched to fast and pounding black metal drums accompanied by accelerated riffs.

As mentioned, I glossed over the first three tracks, not because they aren’t worth listening to, far from it, but to highlight those sweet-spot moments I felt. That said, because I think a section, or a song, moves me, it doesn’t mean you’ll have a similar reaction. I’m here to tell you what moved me and hopefully inspire you to listen and find music that will allow you to have a similar experience. 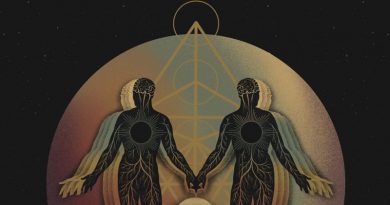 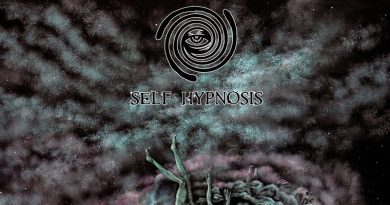