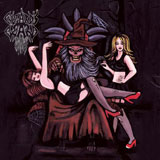 Hailing from the mighty Leeds, Wizard’s Beard are a vile blast of sludge/doom metal that makes being a fan of underground music so delicious. On their website they proudly state that they exist to ‘play slow horrible riffs and create a hell of a lot of noise’ and this is a mission statement they embrace whole heartedly and with gleeful abandon. Clearly not ones to take themselves too seriously, this is a band who instead focus their energies on creating the most twisted music they can.

The list of influences has the familiar touchstones of Eyehategod, Neurosis, Iron Monkey and Weedeater to name just four so whilst they don’t want you to write them off as generic rip off, you should have some idea what kind of sound they are going for on their debut album ‘Pure Filth’. The result is five tracks of downtuned sludge that looks to slap you in the face and demand your attention.

Opener ‘Paint The Skies’ rides in with huge crashing slabs of distorted savagery, pounding drums, strangled vocals and a bass sound so filthy that you couldn’t get it clean with a powerhouse and a wire brush. Considering the choice of album title it also doubles as an accurate description of the music contained within as the tempo lurches back and forth like a punch drunk psychopath, spitting and snarling the dark parts of their inner psyche. One thing that stands out is the sense of groove that the band manages to incorporate. These are not just sludge by numbers, the sense of misanthropia is balanced by a clear song writing craft as highlighted on the stop/start dynamics on this opener which contrast with the ringing doom and the accentuated backing vocals – at times it sounds like they should be a folk band, albeit Satan’s favourite folk…

‘Hemorrhage’ follows the lengthy opener with a short up tempo blast that passes in a blur, but is a strangely memorable and catchy track full of hook laden guitar parts and if it’s not the closest thing to a ‘catchy’ Doom track I’ve heard, I’ll eat my Wizard’s hat, yet alone the beard, sleeves and staff. ‘Parasite’ is built around a vicious drum tattoo and breaks out into a huge groove in the middle of the track, which again is something of a surprise and makes this album incredibly listenable despite the dark nature presented on the surface.

The eponymous title track keeps the atmosphere intense and gritty even if it doesn’t quite reach the heights (depths?) of the first three but the spirit is willing none the less and ‘Albatross’ rounds of the album with its crawling pace and guttural charm.

This is a monstrous album that defiantly stands up to those that have gone before and attempts to smack their own vicious mark on the scene. At times they could do with tightening up a few things but these are minor quibbles and when I had originally received the DIY release I would have say they deserve a wider audience but happily during the course of the review period news has come through that they have been snapped up by Austrian label PsycheDOOMelic who have swiftly issued Wizard’s Beard’s debut almost faster than this reviewer can keep track and is available from it’s new home right now!

Time to get filthy…. 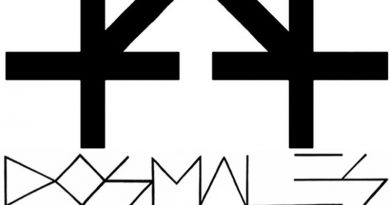