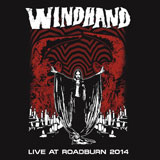 If you’ve not heard of Richmond, Virginia’s Windhand then you’ve probably been living under a rock for the last three years. From an intriguing practice space demo to last year’s critically acclaimed Soma (their second album), Windhand have literally had the wind beneath their wings, lifting them to the lofty heights of doom stardom in a very short space of time, landing them international tours, multiple represses of their records and a split with fellow Virginian doom legends Cough along the way. And last year it even took them to sludge and doom’s most hallowed grounds, Roadburn Festival, where this vinyl-exclusive set was recorded live on the Main Stage to a packed crowd of evidently enthusiastic festival-goers.

What got Windhand to this point (if you didn’t know) is their infectious combination of simple Sabbathian riffs and singer Dorthia Cottrell’s catchy vocal melodies, and while their take on doom has never been an innovative one, it is quintessentially pleasing nonetheless. The guitar tone, the pace, the occult imagery, and the hooks all combine to eradicate the need to intellectualise their music, and instead makes you want to light up a big fat doobie and nod your head to it. Dorthia’s vocals have an air of mystery about them; throaty and buried deep in the mix, they are simultaneously cloaked and omnipresent – never quite audible enough to be the driving force of the band’s songs but never entrenched to the point of being secondary.

Thankfully, Dorthia’s vocals are significantly higher in the mix on Live at Roadburn 2014 than they are on Windhand‘s studio recordings (where they are intentionally buried below the guitars). This is a welcome change and for once her powerful voice is given centre stage placement where it belongs. The band rip through text-book renditions of five of the six songs on Soma (more on that later), including a mighty version of Orchard with that huge, bouncy riff and Ryan Wolfe’s clattering drum fills, as well as an epic but slightly more vinyl-friendly (ie. edited-down) Boleskin to finish off the set. What is abundantly clear pretty much straight away is that these guys are tight, having toured fairly relentlessly for the last few years, and it’s a breathtaking performance all round.

One of the slightly disappointing aspects of Live at Roadburn 2014, however, is that the tracklisting (as I mentioned earlier) is almost exactly the same as last year’s Soma, except that the album’s acoustic centrepiece Evergreen has been replaced with Winter Sun from their debut album. On a similar note, the renditions of these songs – while powerful – are almost identical to their album-version counterparts. In turn Live At Roadburn 2014 can begin to seem like a bit of a museum piece rather than the kind of live album that mixes up album tracklists, presents a cross section of the band’s excellent back catalogue or offers wildly different versions of the songs. Contrary to, say, Yob’s The Unreal Never Lived – Live At Roadburn 2012 which clearly bills itself as an album being played in its entirety or Wino’s career-spanning Live at Roadburn 2009, this set feels more like another reissue of Soma.

To a certain extent this is to be expected from a relatively new band promoting a wildly-popular album, but given the time constraints perhaps the band could have thrown in a couple of the shorter tracks from their debut album such as Black Candles or Heap Wolves (which no-doubt kill live) in place of Boleskin to make this a more all-round enticing record to hardcore fans and newcomers alike. That being said, it serves as an excellent introduction to the band and while it’s a shame that they didn’t elect to play more of their earlier songs (which feature some of Cottrell’s most unforgettable melodies), their musicianship and unity is the stand-out element on these recordings. Live At Roadburn 2014 would be highly recommended for anyone who wasn’t able to attend Roadburn last year, went but missed their set or who didn’t buy Soma when it first came out. And needless to say it is an essential purchase for all Windhand and Roadburn completists (who this release was obviously catered for). However it might be surplus to requirements for the rest of you. 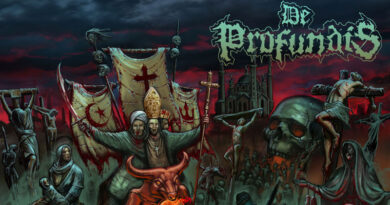