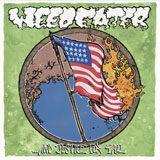 ‘Seminal’ is a word that gets bandied about a lot about old records. To be properly fitting of the term, it needs to have ‘strongly influenced later developments’. I’m not sure how wide ranging Weedeater’s classic …And Justice for Y’All has been as an influence since its original release on Game Two back in the year 2000, but there’s no denying its place as a stone cold classic of stoner doom. They get brownie points just for the name, which has got to go down as one of metal’s best album titles.

That opening riff, bringing Tuesday Night to the fore with a righteous swagger of sunken blues, is fantastic. It takes the fuzzy rumble of Kyuss and adds a whole new level of heavy. Monkey Junction owns its monstrous groove, a rippling behemoth of riff. Weedeater are what Lynyrd Skynyrd would become if you dipped them in tar. They’ve got that classic Southern blues influence, but splice that with the nihilistic drag of your EyeHateGod’s etc to create something unsettlingly catchy. Main draw for me are the vocals of former Buzzo*en mainman Dixie Collins. He sounds like he’s choking on his own bile and blood all the way through.

The barrelling Free shows that head nodding groove is not the band’s only forte. This reeks of nasty, razor gargling hardcore mixed with a filthy sludge atmosphere. Hungry Jack is another bluesy monster, with a cool, laid back solo. Creating memorable stoner doom is a bit of an oxymoron if you ask me; most is fuzzy, hypnotizing fare designed to be enjoyed with a joint in your hand. Weedeater has that feeling in spades, but also has enough intricacies in the groove to be appreciated when totally sober.

…And Justice for Y’All is a whiskey soaked, swamp fried work of genius. It is an album that plays out a brawl between Southern rock and vicious sludge. We are the winners here. Take the measured sway of Shitfire, which cruises along, satisfied with its riff, until the pace is raised and the song becomes just that bit more special. Calico is a stomping anthem of RAWK, powered by a propulsive Southern groove. Truck Drivin Man is probably the best track here, a Skynyrd song if Skynyrd members had been shooting crack in a dirty alleyway while writing songs. #86 saunters along with a thick bassline and all sorts of odd effects over the top, before jarring to a halt before final track Bucket comes back in to kick out an ace jam and kick your ass while they’re at it.

Weedeater may not be the name that instantly comes to mind when you think of sludge, nor stoner doom. They aren’t mentioned with luminaries like EyeHateGod, Cough, Grief or Buzzov*en. Yet, listening to …And Justice for Y’All, you get the sense of a band who should be in there. Weedeater’s newer work shows the maturity with which they’ve moved their songwriting on, but their debut is full of head nodding blues and skull caving riffs. 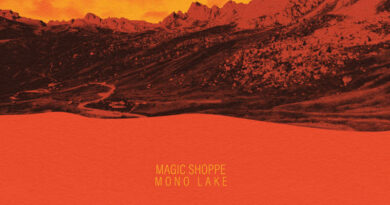