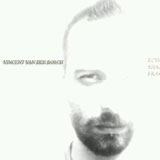 I’ve been aware of the work of Abstruse for some time now, their presence in a small but intriguing European community of avant-garde metallers often overlooked yet filling a niche that no-one could have dreamed existed. The Athens-based project is the work of a single individual, known as Substant, who presents his non-metal leanings here under his own name, Vincent Van Der Bosch, and while avant-garde is an apt descriptor for this neo-classical endeavour, it would probably be better to call it experimental and be done with it. This album can be seen as a series of compositional experiments which reference everything from post-rock to Bartok and I must confess that I feel out of my depth even attempting to catalogue and critique such lavish musicianship and composition. On the flip-side, what’s the point in a life without adventure?

Rather than solely use intuition and inspiration as a spur for composition, Bosch has used a variety of techniques derived from observation and theory. At their most rigid, concepts such as mathematical models which use tonalities and sequences which arise from patterns of intervals, termed ‘orders’, are used in order to move between disparate sounds while maintaining a kind of mathematical purity in tempo and sound. While those with solid grounding in music theory may well appreciate this for its logical construction, in practice the effect is remarkably fluid. The compositions are largely executed on piano, which in many ways amplifies the sharp shifts in tempo and tone, but they retain a spirit and fire across their myriad forms, be they bombastically emphatic or dancing sprightly across the synapses. It’s all too easy to be pulled into these Cubist soundscapes, incomprehensible and savage though they may be, and when strings and brass are added into the mix the effect is staggering and labyrinthine.

In other cases, composition itself is secondary to natural derivation. ‘An Eagle On Purple Inks’ uses the motion of an eagle in flight as the basis for the piece, with a program mapping the digitised footage to sound, which is then relayed to the listener through Bosch’s hands and interpretation. It’s a sound experiment which works surprisingly well, capturing the aspects of flight in its undulating measures while fitting in well with the album’s spirit. At other times, composition have been executed with a particular goal in mind, with ‘The World Is One’ being the most notable example as it drifts between Indonesian, Japanese, Minor Asian and Spanish modal patterns in order to form a sense of unintentional unity between disparate cultures. In many ways, these parts are the most dramatically ambitious as they are applying Bosch’s techniques within an even narrower set of boundaries, even though the instrumental range has been expanded, with the piece largely executed on strings. The result criss-crosses not only culture but also genre, and it’s interesting to hear elements of post-rock, math and even hints of doom arising, perhaps shedding light on the origins of our everyday listening.

The truth is, though, that this is not merely an academic endeavour; is it possible for art to be purely academic anyway? While the theory is certainly intriguing, especially for someone coming into this from a layman’s position, the intuitive aspects are nonetheless incredibly strong across this vast tableau of sound. These compositions dance and move with their own lives and spirits. Some glide; some rock, some jerk dementedly like marionettes tugged by unseen and unseeing hands; but there is heart as well as logic. It’s homage to the minimalism of Glass, the sonic malleability of Cage and Koenig and the dark energy of Liszt, but it’s also a work of modernity that hints at the tremolo-heavy drama of MONO and Aphex Twin’s similarly indefinable nature. Again, I can only look at this through the eyes of an amateur but even with these untrained ears, I can tell that Bosch has created a spectacular piece of work.