Valley Of The Sun is one of my all-time favorite bands and have been since I first heard the track Worn Teeth back in 2014. Since then, I own all their albums, I’ve seen the band live multiple times and they even crashed at my place between gigs. I know it’s crazy, but I’ll say it now, I love this album. Instead of making you read how much I love each song (which could go on for a while), I’ll take a slightly different approach.

But first a short history lesson. Valley Of The Sun have gone through a few line-up changes since their inception in 2010. With two EPs and now four albums under their belt, Ryan Ferrier remains the sole founding member taking the role of vocals and guitar. Chris Sweeney steps in on bass and keyboards and also worked on 2019s Old Gods. Josh Pilot (guitars) and Lex Vegas (drums) are recent recruits to the band making The Chariot their debut album. Released through Ripple Music in North America, and Fuzzorama Records in Europe, June 17th is a day I’ve been waiting for, for a long time.

Valley Of The Sun have always wrote memorable songs. Starting off with incredibly catchy riffs and hooks that make you love the song instantly. Then to take the song in an entirely different direction halfway through with an even more killer riff or drum beat is mind blowing. Songs like Images and Devil I’ve Become continue the tradition to perfection. The Chariot has taken steps to progress Valley Of The Sun‘s sound and songwriting in a great way but having songs like these touch on previous work is great for old fans.

However, where this album shines is the individual mark each member has made to push their sound to a whole new level. Ferrier’s unique vocals are one of the standout aspects of the band and can be heard all throughout the record but, on As We Decay, Ferrier sings a bit slower and has a deeper register which is very cool to hear. The dark country vibe is fantastic and immediately makes me think of Death I Am by Red Mesa. Another fantastic heavy band fusing in some dark country. The signature Green Muff, Octave tone of Ferrier‘s remain dialed in and the riffs tied to that sound are somehow heavier and even more catchy.

Lex Vegas has become one of my favorite drummers and when he sits behind the kit, he makes sure you can feel what he feels. I’ve also haven’t seen a show yet where his drumstick hasn’t broken in half and gone flying across the room. Live that is felt easily, and I’d imagine that’s difficult to reproduce on a record (I could be wrong though). That power was, however, captured in the grooves of the vinyl to make your house shake specifically on songs like Sunblind, Running Out Of Love, and The Flood.

Bassist Chris Sweeney is an outstanding musician, which I had an increased understanding of after he played my acoustic guitar in my music room and gave me some tips (thank you!). He holds down the low-end rhythm and scales it back when needed to let his fellow musicians shine, but in the song Headlights, Sweeney takes the forefront delivering one hell of a bass riff. He also sits behind the keys adding a faultless organ solo to Sunblind that again takes Valley Of The Sun to soaring new heights.

Josh Pilot, he’s last on the list here but certainly not the least. He steps in, no, he leaps in with the role of lead guitarist, and damn this guy can shred. His solos can be heard throughout the album and is the very first thing heard with his Hendrix style lead opening Sweet Sands. I will again bring up Headlights where Pilot belts out, not one, but two solos that showcase his skills, and as a side note, he also has a tremendous stage presence live.

These four guys I feel were meant to create music together and it shows on this album. I typically start with older albums and songs when introducing people to a band they haven’t heard. I can easily do that with Valley Of The Sun, however, The Chariot is where I will be starting from now on. From start to finish it’s perfection. Again, it doesn’t stray too far from previous work, but the new members introduce enough fresh ideas that push the limits of the band without losing the core of what makes Valley Of The Sun so damn good. One of my top 10 of the year for sure. 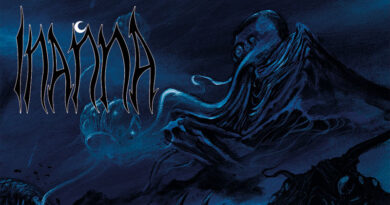