Berlin based The Third Sound is Hákon Aðalsteinsson’s (Brian Jonestown Massacre) guitarist primary solo endeavour. Shoegaze, gothic psychedelic indie and post-punk, The Third Sound is all these things and more. Aðalsteinsson is appreciated on the European psych underground scene as an individual, but also for his involvement with cult rock and roll outfit Singapore Sling, as well as collaborating with Brian Jonestown Massacre’s Anton Newcombe.

This is the fifth album release by The Third Sound and the follow up to 2018s All Tomorrow’s Shadows preceded by 2016s Ghosts Of Degeneration, 2013s The Third Sound Of Destruction And Creation and their 2011 Self-Titled debut, all of which I am keen to investigate. A happier and more uplifting album to its predecessor says Aðalsteinsson, ’This album is definitely less gloomy than the previous one, although some ghosts are lurking in the background’. It’s a perfect example of a record with the correct balance or ‘light and shade’ to my ears but also a huge wall of sound with guitars drowned in reverb, delay and chorus FX.

Introducing the records first track, Tidal Wave, hints at Spiritualized during their commercial and happier moments. Fast forward onto the second track and Your Love is Evol with an ethereal sound reminiscent of The Chameleons, Bunnymen, and early Verve. Most impressive is the guitar work and the huge effects drenched sound. Single This is the Only Way I Know is up next and a real standout which deserves much radio play.

Ghost Of Memphis is the one for me though, an instrumental seven-minute drone which builds into a hypnotic distant cousin of Venus In Furs. He knows exactly when to play and not, whilst also displaying a strong ability to create a dark atmosphere which is also bright and uplifting. Nods to the Velvets at its introduction, which is never a bad thing and authentically managed.

highly recommended to fans of hypnotic and ethereal music…

Dissociation about the blurred lines between an altered state of mind and reality, Hex – a song about breaking away from an evil spell – and Stay For Another – being lost and delusional, staying up late looking for something that isn’t there – continue the theme of gothic psychedelia and are all impressive songs.

Not Even Jesus and I Don’t Need Anything Anymore close out the album with acoustic driven strong songs which bring us nicely to a point where we can end our journey and park up feeling satisfied with the overall experience brought about by this music. Rest assured that The Third Sound will attract a lot of new fans if, and hopefully when, they get the attention they deserve.

A powerful and dynamic album which impressed me greatly and will have me investigating further. Hopefully those of you unfamiliar with the band will feel compelled to do the same. I’m sure there is more powerful music to match what I’ve heard on First Light. I’m looking forward to discovering, and being excited by what I will hear, like as I have done here, highly recommended to fans of hypnotic and ethereal music. 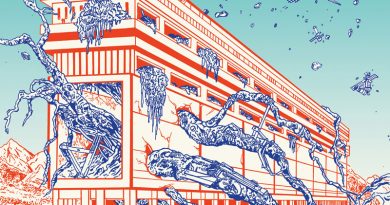 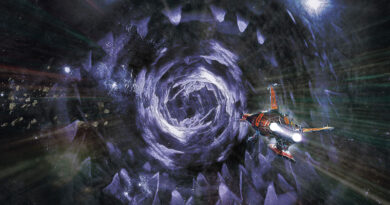