Upon first listen to the new album by duo The Pilgrim, it’s incredibly hard to believe that the homeland for this opus is actually Italy. Described as ‘Space Folk’, The Pilgrim is somewhat of an oddity, and for thepsychedelic folk rock project, it sounds like they have been teleported straight out of the nineteen sixties, and right in to modern day life.

Multi-instrumentalist Gabriele Fiori forms one half of the band, some may know him as the front man for Black Rainbows, and for him this is primarily a solo project which has evolved, and he is joined on this adventure by Filippo Ragazzoni on percussion. All other instrument duties are covered by Fiori too, and these include vocal, guitar, and keyboards, but to name a few.

…From The Earth To The Sky And Back is the follow up to their debut Walking Into The Forest, which due to popular demand, is being reissued at the same time as this new album with the first pressing selling out.

To paint a picture sonically of The Pilgrim, if you think of The Eagles, or perhaps even Crosby, Stills, Nash and Young, you wouldn’t be far wrong. There are also elements of Led Zeppelin at times, and even The White Buffalo, so I guess essentially it has a real acoustic ‘stoner meets country’ swagger about it all. Over the fourteen tracks we’re invited in to the world of The Pilgrim, and as a whole this is a very upbeat affair, it’s doesn’t wallow in pity, it isn’t aggressive in any way, and overall, it is a very proficient, expertly played opus.

The beginning third is somewhat of something you could compare to a spaghetti western, if feels like it would fit very well into a cowboy movie with no problem at all. The last third, by contrast, feels like a far more personal affair, a more honest depiction of life, and feelings, and they seem to fill the subject matter toward the end somewhat. Not so much in a morose way, more in the acceptance of life changing, and the acceptance that we aren’t as bulletproof as we think we are sometimes, and that we are always learning on this journey we call life.

Tracks such as opener Mexico ’84 and Obsessed By The West Part I, II, III, IV really encapsulate that whole sixties’ generation of music sound wise, with its hippy vibe. If you try and imagine what is meant by the idea of a retro trip back in time to that era, and the sounds of the time, I feel this perfectly captures that mood and feeling. The guitar playing is exquisite, it’s rich, and full of body, and really lift’s the whole vibe. It’s retro, but not at all dated.

The guitar playing is exquisite, it’s rich, and full of body, and really lift’s the whole vibe. It’s retro, but not at all dated…

Sitting Down On The Porch has an air of The Monkees about it, but combined with that The White Buffalo feel that I mentioned earlier. As I sit and listen, it is the perfect accompaniment to sitting in the sun, enjoying life, and feeling my cares drift away.

This feeling is especially true on Lion, with its Latino guitar, perfectly combined with the sublime percussion, as I briefly close my eyes and let my body fully relax, I feel completely weightless. Everything, literally everything, is gone, work, stress, viruses, the world, it’s all taken away while I sit back and enjoy the music.

One of the particular highlights for me is track nine, I’m Just Scared. This is a little more sombre in tone, it feels like a heartfelt confession about the fear of the future, innocence, and perhaps the feeling of going on alone, maybe after the breakdown of a relationship. That being said, it also contains a passage just perfect for audience participation when played live, and I’m sure once we can all return to venues again, and witness live performances, it will be this that will be a highlight of any performance The Pilgrim do.

At no point throughout the whole album do I ever feel anything other than pleasure for listening, so when track fourteen comes around, I am already more than satisfied with the journey I’ve just been on.

Waiting For The Sun finishes the album up perfectly, its wonderfully rich musicianship shines, and the finale is a fantastically upbeat crescendo to proceedings. It has me feeling very positive going forward, and the idea of new beginnings. It’s somewhat like the happy ending of a film, that warm pay off, and I feel contented just listening to it.

As a child of the seventies, I feel like I missed the perfect era for this album, as it would have slotted in superbly in the sixties. Thankfully it’s being released in twenty twenty, so instead of missing this experience, I’m coming to it first hand, and I feel all the more enriched for having this album come in to my life.

It’s a wonderful album, superb for the summertime, and hopefully far beyond as we head into autumn. 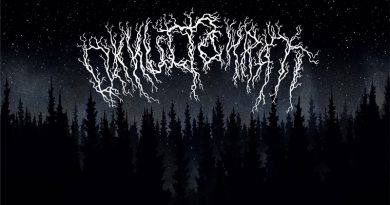 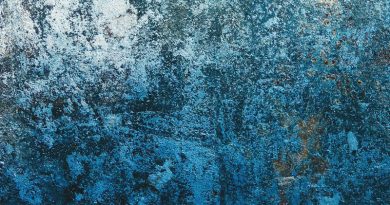