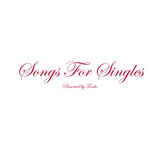 Torche are a formidable sonic force, their previous album ‘Meanderthal’ is a masterful record, grabbing your senses musically and giving you heavy songs that even give you catchy tunes to hum to, even after you have stopped playing the record.

So ‘Songs For Singles’, a new offering, does it stand up against its previous offerings? Yes, this is a cheeky eight track rocker, track one ‘U.F.O’ powers in with punch of rolling drums and heavy fuzzed up riff in Torche’s unique, should be patented, style, added is the medley guitar overdubs and a vocal sound that Steve Brookes feels comfortable with that also is a sound that Perry Farrell is known for, which isn’t bad for a lifelong Janes Addiction’s fan like me, but the similarities do not end there!

‘Lay Low’ is full on, a short tale, almost an introduction to ‘Hideaway’ which has that rolling bass sound driving the song along. By the time ‘Arrowhead’ hits its catchy chorus, you are halfway through, even though you feel you’re just getting started.

Torche are an ever changing beast, while they are together, hopefully they will continue to evolve as a band, ‘Shine On My Old Ways’ and ‘Cast Into Unknown’ are powerful, bursting with class riffs, delivering the musical goods, ‘Face The Wall’ brings a slower sludge epic with constant reverb vocal and a tribal drum throughout with interrupted snare cracks to level the song true and straight. ‘Out Again’, the last track, maybe the highlight of the record, some will say I wish I wrote that, some not, but it has Torche’s drive hooks, good vocal, a vibe that transcends throughout the track that turns to a constant riff assault keeping the drive.

Overall it’s great. As an introduction to the band, maybe you should invest at the start of Torche’s career though and enjoy a magnificent progression to ‘Songs For Singles’.