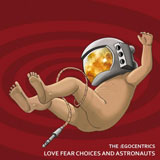 Music very much accompanies a mood. There are times when Neil Young’s “Heart of Gold” will touch a nerve and then other times when Slayer’s “Angel of Death” will induce a testosterone driven red mist of fury. How many times must boxers have entered the ring to something like “Eye of the Tiger” yet I’m willing to bet there isn’t one out there who’s marched into the arena to the delicate, mournful strains of Nick Drake!!! This long player from The:Egocentrics is definitely mood music.

When I reviewed their demo last year I was intrigued by the band’s ability to weave long complex instrumental passages without resorting to over indulgence. I must admit though to being slightly apprehensive about the prospect of a full length release that features four songs that each top the 10 minute mark and wondered if the format could be sustained for this length of time. Fortunately the answer is a resounding yes. Rubbing shoulders with the likes of Earthless and Colour Haze and looking back to bands such is Pink Floyd and Ozric Tentacles, The:Egocentrics take us on a trip through four musical pieces (I hesitate to call them songs) that ebb and flow from an overdriven intensity to passages of pure blissful beauty.

Whereas most bands would try to grab the listener with their most powerful piece, this album kicks off with the three part 12 minute epic “Spacewulf”. Delicate for much of its duration and almost jazzy in parts this is an understated piece of prime psychedelic and meditative bliss that only occasionally hints at the more primal side of the band’s arsenal. The cojones really come into play on track 2 “2012”. Presumably envisaging the end of the world according to the Mayan prophecies (without lyrics you have to make certain assumptions), the music is suitably portentous and rides on a nice fat riff that wouldn’t be out of place on a Clutch album. In fact it wouldn’t be unfair to suggest that The:Egocentrics may have had more than a little exposure to the Kyuss back catalogue as there are passages through this song and, in fact, the whole album that would have sat quite comfortably on “Sky Valley”. On both this track and the following “Bright Dawn of the Soul” the band show they know when to flex their muscle and when to hold back as the push and pull between the heavier and lighter passages works perfectly.

Up until the final track “Mystic Initiation” I was doing well and my attention deficit addled mind was keeping up with the spacey jams but by this point my attention had begun to wonder when, as if on cue, the tune steps on the interstellar overdrive and runs away into a kick ass psychedelic trip out of flailing drums, wondering bass and screaming guitar…the perfect wake up call!!!.

Jam bands of this nature can run the risk of straying into mindless self indulgence but fortunately this is a tasteful and controlled take on the theme. The guitar of Brenn inevitably does take centre stage but never at the expense of his ego…I like porn and I love guitar playing but there is nothing more off putting than watching something wanking off on their instrument!!! Brenn’s guitar is dominant in the mix and I would have liked to have heard Hera’s drums given an extra couple of notches of volume to add a little more weight but it’s a minor niggle.

This may not be an album to stick on if you’re getting ready for a night on the beer of Viking proportions but if you have a comfy beanbag, a nice bag of green and enough rizzlas to wallpaper a room I can’t think of a more appropriate soundtrack. 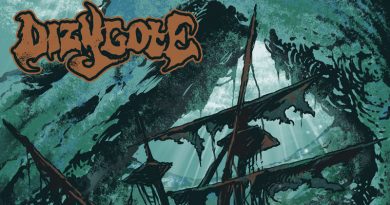