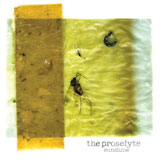 The creative explosion in musical styles over recent years has had a fairly decent impact on the scene, particularly the more underground stuff. Sure it’s annoying when there is a new (or nu?) name for everything every five minutes but with bands willing to stretch out and explore new possibilities makes for an interesting future and the commercial success of say Mastodon and the critical acclaim of bands like Baroness mean the stoner/sludge/hardcore mix is only gaining in popularity.

Their press release tries to at least reflect some of these stylistic influences as it claims:

The band’s sound has truly come into their own with the upcoming LP, offering riffy swagger, bomb-string heaviness and massive multi-layered vocal harmonies. It’s almost like Alice in Chains discovering the first two Baroness EP’s, or maybe the Melvins covering the Beach Boys. They somehow manage to hit fresh, uncharted territory using familiar hallmarks of stoner metal, Seattle grunge and modern melodicism. The recording is warm, lush and as thunderous as the guitars will allow, but the crushing moments are woven through harmonious sun soaked vocal passages and used as a release, not a crutch. This could easily be the first sludge metal soundtrack for hitting the beach.

Having had little summer to shout about in the UK this was more of a soundtrack to a rainy day off for me, but it absolutely lived up to its billing.

Suckers Have Teeth grabs your attention from the off with it’s clanking hardcore sound and descending riff that gives way to a swinging, chanting refrain that is instantly catchy and surprising. Just as you think you have a handle on the track they introduce a beautiful melody, then a guttural roar – it is like they tried to nail every style to the wall to arrest your senses….And it works.

For Fathers sees things settle into a bit more of a groove with strong vocal interplay between Nicolas Wolf, Alec Rodriguez and Mitchell C. Belch, which is impressive as Alec is also behind the impressive muscular drumming, but between them they manage the stripped down Sabbath styling’s that made the desert rock bands like Kyuss and Fu Manchu so accessible.

Grey Lady shows that they can temper the aggression and balls out rock with a mellow, chilled out vibe which sucks you in before building to a huge crescendo, a theme which continues into White Mud as the pounding rock is broken up with (gritty) melodic passages.

The Proselyte know how to tackle song structure and also when to rip it up in favour of more experimental jamming and this is one of their strengths that they play to throughout the album as Legion Of Vine emerges from a muscular riff into a slow burning groove that is just the soundtrack for smoking a dubious cigarette and losing yourself in the music and Slaw impresses with it’s fantastic lead work and acapella chanting.

There are probably easier albums released this month to just still on and chill out to but for fans of Torche, Mastodon, The Melvins and Queens Of The Stone Age this album throws up a lot of touch stones and also some new takes on the Stoner\Sludge tag.

Given that these Bostonites (Bostonians?) have been around for five years it is clear that one their first album they are finding their feet, at times I was not always gripped by what was happening on the record, but when they hit the highs, they soared. This is a band with plenty of desire and plenty of ideas and this is an album worth checking out. 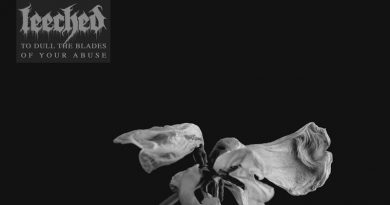