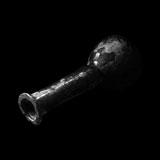 Scott Endres is one busy, busy beaver. Not content with dropping jaws and gaining a plethora of plaudits with post-doom psychenaut behemoths MAKE, the erstwhile axeman also beavers away with his even farther-out there solo project The Pod, who have dropped this here release hot on the heels of MAKE’s recent Axis EP release.

Opening with ‘Time’s Dessicated Sanctuary’, a brain-frying kaleidoscope of coruscating  psychedelic guitar meltdown distantly overlaid with destroyed and fractured vocal loops, Endres makes it perfectly clear that as far as his playing in MAKE goes, we’re sure as hell not in Kansas anymore.

The major quality that Assassins In The Mirrored Hall possesses is a hallucinatory one – all eight tracks present herein are aglow with the kind of luminescence that only comes with heroic doses of one mind-mangling chemical compound or other.

Shimmering into earshot comes ‘The Analeptic Ritual’, a subtle abyss filled with deep bass thrums and woozy, hazy guitars that gradually evolves a brief rhythmic spine that breaks under the sheer density of everything piled atop it.

‘A Stranger In A Hidden Room’ oscillates, judders and vibrates around a pulsing backwards beat before delicately breaking down into plangent throbbing crystalline guitars, ‘Citadel Of Mirages’ makes like The Velvet Underground channelling the epic desert-fried rock of Across Tundras, and ‘Abandoned Ark’ sounds for all the world like a lo-fi field recording made in a particularly seedy Venusian strip-bar.

The final third of Assassins In The Mirrored Hall ditches guitars almost entirely for the thick, brutalist tones of analogue synthesizer, whilst still retaining the haunted hallucinatory feel, with ‘The Excrutiation’ being built entirely around a looping, brittle synth line that could almost form part of a demo recording by Philip Glass, and ‘Reinvent The Wheel’ blending squelchy synth tones with minimalist drums and sinister vocals to great effect, much in the same way as Controlled Bleeding did during their Wax Trax years.

Final cut ‘Etiolate’ erects a subtle scaffold of quietly echoing clean guitar around a central beam of mournful droning synthesizer to create a sound that wouldn’t be entirely out of place in a collection of downtown New York minimalist composition.

Going into Assassins In The Mirrored Hall with no prior knowledge of Endres’ non-MAKE work and no knowledge of what to expect, the end result is a revelation. The psychedelic leanings of the MAKE material are present, but pushed into rawer and wilder territories, and the use of synthesizers and electronics opens up a whole new sound-world for Endres with the occasionally rough and ready production actually enhancing the tones on display and amping up their haunting iciness.

Here’s hoping we hear more from Endres in this vein in future….mind you, with his work-rate we shouldn’t be waiting around too long. 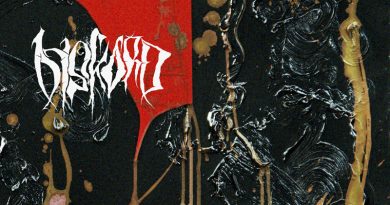