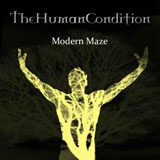 Doom these days comes in all shapes and sizes, but if you’re really going to get stuck in and hold your claw aloft in triumph in some nearby graveyard-like setting, you need to hop on-board an old school trad-doom bandwagon like Northern newbies The Human Condition. This is no frills, Sainsburys Basics-range funeral mire on their short but potent debut demo release.

Rising like a blood-stained zombie from the shallow grave of Unsilence and The River, The Human Condition was birthed by guitarists Jon Gibbs and Keiron Tuohey in 2010 with a mission to weld the riffs of the classics like Candlemass, Pentagram and Trouble to the booming baritone vocals of young whippersnapper frontman Nathan Harrison. The result is a solid and powerful, yet slow burning demo EP titled in sync along with the opening track ‘Modern Maze’ which reeks of both the sorrowful remorse of gothic rock and a musty 70s haze of gritty heavy metal. Harrison controls the flow; his giant, masterful and throaty verses plateau out the misery of the weeping guitar riffs and drugged bass tones like a shrouded wizard commanding an army of orcs into noble battle. There’s a huge nod to early ‘Shades of God’-era Paradise Lost across the record – a big chunky Northern accent overlaying a smouldering downtuned sludgy chug, and perforated by sickly sweet soloing and mid-range melancholy.

Recorded neatly by Matt Richardson at Full Stack Studios in Great Harwood, the bass is integrated well in to the mix with a satisfying crunk and, when rewarded with a decent pair of speakers, Phil Purnell’s drums sound commanding and rich with a Bill Wardian assuredness. The highlight here for me is the forward rush in pace towards the close of centre track ‘The Gift I Gave’, where the duelling guitarists set E-strings to stun and then to kill in a murderous rampage to the finish. Tuohey tests the strength of his histrionic skills to the limit on closer ‘Pretending’ before Harrison closes out the dirge in fittingly misery-laden fashion with his painful calls: “Can you help me?!!”

If it were Open Day at Doomland, I would assess that The Human Condition have set out their stall in the right place, yet they need to throw some fresh originality into their songwriting product in order to emerge from the large shadows cast by Paradise Lost and Type O Negative. Nonetheless, this is still a wholesome starter to whet the palate for further recordings later this year. If they are able to utilise Harrison to his full roaring potential, backed up with crisp, tombstone-edged heaviness, this will be a great band to celebrate sorrow with. 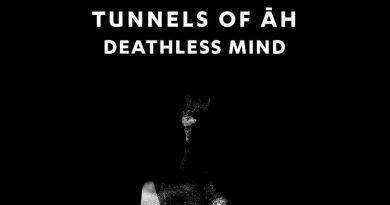