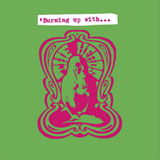 In some ways it’s pretty weird to be holding the vinyl of a live show you actually attended. I mean, sure, it’s a good kinda weird but I don’t know, you remember things differently than they felt in that warm, dark, beer-n-smoke-in-hand moment than in some ways I feel an audio snapshot of the same gig can ever truly capture. Still, The Heads playing live at Roadburn, whether you were there or whether you’re just heading out to hopefully sample on record is certainly not a performance to be sniffed at. This particular live cut is the band’s entire second set at Tilburg’s legendary festival back in 2015. Taken from their main stage performance at the 013 venue on Saturday night, the UK psyche legends showcased their ‘rockier’ side in a mesmeric and engulfing romp, backed by Roadburn Artistic Director Walter Hoeijmakers’ personally executed lighting show. Was it trippy? You betcha.

“Hello, errr, we’re The Heads. We don’t get out much…” Guitarist/vocalist Simon Price is every bit as humble on stage as he is enchanting with that perfect mix of gigantic fuzz riffs and deliciously psychedelic grooves. It’s difficult at times to see beyond Price’s warped, mesmeric antics up front but backed by the frankly jaw-dropping drumwork of Wayne Maskell and the dazzling experimentalisms of Hugo Owen Morgan (bass) and Paul Allen (lead guitar/synths/other gizmos), there are few bands today, or yesterday, or tomorrow who could match the Bristol quartet’s out-there genius.

Leading off from the get-go with two of the more immediate cuts from 1995’s Relaxing With… in Quad and Widowmaker, The Heads set out their stall for what is to be a loud, loose-hinged and fun-laden hour of raucous rawk. Looping back later in the set to deliver the amplifier-dissolving U33, you begin to realise there’s a sonic layer in amongst the throttling basslines, crashing drum hits and looping riffage that can only be described as “warping” as Price’s lysergic vocals slither over the mic and into your subconscious.

Next comes the jump to 2000 with Could Be and Fuego off the Everybody Knows We Got Nowhere long-player. The groovy surf-rock intro to the former making you shake your ass like you’re about to watch a Tarantino-directed splatter-core remake of all the Austin Powers movies, played back-to-back. As Price groans and whispers hypnotically down the mic, it’s as if you’re halfway to orbit by the time the stuttering riffs and snares trip you into your final approach back down to planet Earth. Similarly, Cardinal Fuzz carries a backbeat swagger amongst its euphoric, almost Hawkwindian mishmash of thrusting power and absolutely batshit rhythms before that Foxy Lady finale reminds you just who the true boss of the psychedelic always was and always will be.

Did someone say psyche? Well, probably everyone to be fair, but still, the 11-minute lava-lamp dilation that is KRT is about to make an appearance in the middle of the order; a slowly-ebbing nightmare of electronic dismay and eerily-building tension that truly gets right under the skin. As the foursome work in harmony to deliver the build-up to end all build-ups, that eventual explosion of squealing solos and frantic fret-melting on the 8-minute mark is over almost as soon as it’s begun.

After all that sonic tension, I was pleased that the poppier side of The Heads (as if that even exists!) made an appearance through Gnu – the first The Heads song I ever heard way back on the Burn One Up various artists compilation album. It’s as bouncy a little bugger as it always was with Price’s nonchalant vox ghosting by the bass-heavy grooves just like that “beach-pine cactus” probably stares unwavering through the hazy desert mirages. Probably. Followed by the speaker-bursting ram-jam and slinky, guitar cackle of Legavaan Satellite, it’s the perfect “Peace out maaaan” antibody to whatever shit your boss, your partner, your bank manager or your day just dealt you.

Polishing you off good n’ proper with the driving stonerisms of Stodgy and the 12-minute acrobatic, vortex freak-out of Spliff Riff, there’s little doubt remaining that The Heads are still well worth their place amongst the reigning psyches of the round table. Roadburn is always the perfect setting for their spellbinding musicianship and whilst few live albums make up for not having seen the show itself, as always the good folk at Roadburn Records certainly have got us as close as possible to that hour of pure musical meditation. This is a more than worthy addition to The Heads’ vast back catalogue and you even get your choice of wax colour – green or pink. Either way, prepare to burn yourself up with The Heads once again. 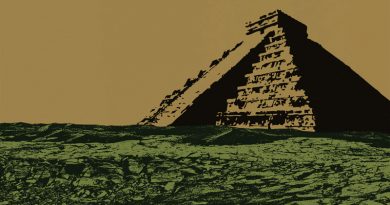