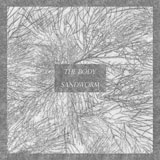 Despite being around since 1999 and releasing their first demo in 2004, The Body only seem to have gained real recognition in the last year or so. This is probably due to their recent collaborations with Thou on Released From Love and with The Haxan Cloak for I Shall Die Here. It could also be down to the duo being picked up by Thrill Jockey to release their fourth full length Christs, Redeemers. The Body possess the unique quality of being so fucking horrible to listen to they don’t really fit into any particular genre and have been lovingly placed within metal for want of a better place to go. For those not familiar with their sound, the pair honestly don’t seem to have any creative limitations and are happy to push the envelope with every release. They play loud and slow doom-influenced music awash with samples and electronics, complemented by Chip King’s agonizing half barked, half screamed vocals. In short, The Body makes for a scary, anxiety inducing and thoroughly unpleasant listening experience. These are all good things, of course.

The Body’s only contribution to this split release is The Manic Fire; sitting at just over 16 minutes in length, this track opens with some familiar sounding industrial samples, before shifting into a serene and almost beautiful sounding piano piece. The quiet is quickly shattered, however, as Chip’s vocals make an abrupt appearance and the unease begins. Surprisingly, this is one of the pairing’s more subdued efforts and actually has some rather pretty moments, amongst the heavy distortion, including some angelic sounding female vocals.

Sandworm are a relatively unknown act (another duo) and are close friends with both Chip and Lee. Ben Eberle even contributed some vocals to The Body’s last two albums and Pat Reilly Pat played viola on All The Waters Of The Earth Turn To Blood. Their side of this split comprises ten tracks and is actually a little better than what their close friends, The Body, contributed towards this.

This is debut material for Sandworm, having never before released so much as a demo, and they are very much a punk band. Their sound is oddly juxtaposed with that of The Body, but still manages to work; it’s raw, electrifying, packed full of energy and horrifically dirty sounding. Pat and Ben work themselves into a frenzy with an intense flurry of drums and scratchy vocals, all wrapped up nicely in old school sounding lo-fi production.

It probably sounds like a strange pairing, but think of it this way: The Body provides that deep seated, slow building sense of dread that leaves the listener fixed to the spot, with a ball of white hot fury burning inside, and then hands them over to Sandworm, who offer up a release of tension in a maelstrom of crusty d-beats that allow you to move and burn off all of the pent up anguish in a devastating crush of anger. Powerful stuff. 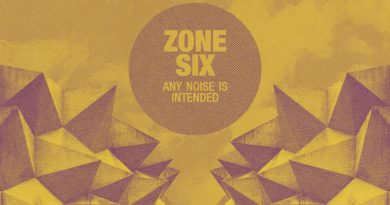