Fans of Swedish melodic death metallers In Mourning or German funeral doom crew Ahab, take note; past and present members of the former got together with the drummer of the latter a few years ago for a new project. They called the new venture Svärd, and their debut EP is ready for your earholes.

What’s the result of this particular meeting of minds? As the band noted on their label Argonauta’s website: ‘We are ironing the shit out of the maiden.’

Opening track Hallowed Grounds is a minute-long soundscape and intro. It begins with the sounds of the forest: birds and insects, then a tree-felling and a half-audible narration on the logging industry.

A Rift In The Green begins with a big swaggering groove. The crisp guitars trading galloping riffs and sneaky harmonies somehow remind me of older Kreator albums. The difference is a bluesy strut, and a big snarling bass that I can actually hear! Cleverly echoing the twin guitar/bass structures are twin vocals, hollered but clean, battling with a harsh growled lead vocal. The vocal harmonies in the chorus are superb.

Svärd have created something accessible and fun, with a crackling energy, but also with an undeniable weight to it…

Palaeocene Flames explores a slightly more NWOBHM territory, with the band’s own belligerent flavour. The stomping pace, the harmony guitars, and the vocal interplay all add up to fist-pumping fun. I dig the no frills lead, and the bass that growls without becoming an indistinct low-end white noise.

The Burning Asylum is darker and uglier. From the outset, the riffs are more sinister, snippets of lead are more mournful, and the harshest vocals are given the spotlight. The effect is one of density and sludginess, but the catchiness remains. A mellow and mournful bridge builds to an almost thrashy final minute.

Svärd have saved the biggest and best for last. The long mellow intro to The Portal could almost be a Dark Side Of The Moon out-take. The energy builds slowly to a huge, lurching lump of sludge, and this time the high, wailing vocals dominate the growled ones in the mix. The vocals occasionally head up to Bruce Dickinson altitude, particularly, and appropriately, when the band deftly pivots back to the galloping riffs and pumping tempo. Spacey synths appear and weave through the riff to bring the tune to an end.

And that’s it – it’s all over far too quickly. Consider it a teaser. With The Rift, Svärd have created something accessible and fun, with a crackling energy, but also with an undeniable weight to it. That’s partly due to their formidable songwriting skills and musicianship, and partly due to the masterful production – a nice balance of crispness and clout. The vocals, if you hadn’t already guessed, are a real highlight for me. It might appeal to you if you like the idea of 90s Mercyful Fate filtered through a Meshuggah prism. Or something like that – those kind of comparisons can get a bit tricky – just understand that it rocks hard. 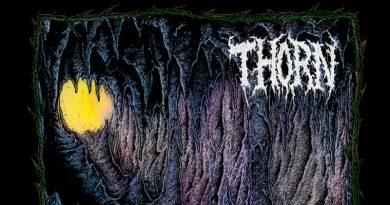 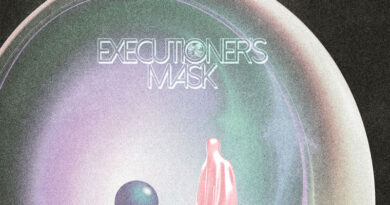