The promo notes for this album from Kalispell, Montana trio Spliffripper scream ‘!!! WE ARE COMING FOR YOUR WEED. YOUR GRASS SHALL BE OURS !!!’. The band consists of; Granddaddy Purple – guitar/vocals, Sergeant Stoned – bass and Smokey McBongwater on drums and judging by those pseudonyms it’s safe to assume that this is a band that doesn’t take itself too seriously.

Originally released as a five track EP called Shotgun in 2018, two additional tracks have been added helping to round it up to a full-length. The artwork features the main themes of the record, war and weed, concept wise evoking the cover of Bongzilla’s classic 2005 release Amerijuanican. Bongbreaker kicks things off with a slab of rumbling Sleep style stoner goodness which sounds similar to Dragonaut from that band’s Holy Mountain album. The lyrics adopt a horrific Lovecraftian theme with the protagonist ‘Stalking behind you, The Bongbreaker, Slamming down death’ which could fill you with dread until you realize that it’s actually about a dog, infinitely less threatening.

Next up is Left Is Law, possibly the catchiest track on the album about the etiquettes of smoking weed, of which one of the tenements is to always pass the joint to the left, never the right. The groove on here is ridiculously good and there’s an element of goofy southern rock charm with a riff The Allman Brothers would be proud of, a stellar number that is sure to become a band anthem in the way that Iron Man is for Sabbath.

Vietbong, a play on Vietcong (the armed communist political revolutionary organization that fought the US and Southern Vietnamese Government during the Vietnam War) is a slow burning number with a gruff vocal style reminiscent of Dave ‘Dixie’ Collins of Weedeater and Mike ‘Muleboy’ Makela of Bongzilla. Chief Kief is the shortest track on the album at three minutes fourteen, and to say it’s thrashier would be a gross overstatement, but it does move with a good deal more brevity than we have heard so far and offers a nice change of pace. Shades of latter era Pantera come to mind for some reason perhaps due to the riffs, in fact I’m sure the late Dimebag Darrell, if he were still with us, would have made an appearance here.

Maui Waui is a paean to the sativa hybrid of marijuana that was at one point ‘considered a top of the line strain when it first appeared in the 1960s’ (according to Wikileaf) and hence far more potent than what came before. The track itself starts after some twenty seconds of the band dicking around and features Spliffripper‘s characteristic crushing riffage before a mellower desert rock intersection appears that tips its hat to Kyuss.

Funeral Bong features more heavier than hell Bongzilla style stoner metal that boots one firmly in the nether regions as well as some blinding soloing. This leads us nicely into Jazz Cabbage, the longest track on the album at a mammoth ten minutes fifty three which references Jazz legends Cab Calloway, Dizzy Gillespie and Duke Ellington while taking us through a nice Sabbathian journey interspersed with numerous samples. It’s more of an experimental progressive piece due to its length and liberal use of the aforementioned samples throughout. An interesting concluding track.

Let’s be honest, Spliffripper aren’t reinventing the wheel when it comes to stoner/doom, but there is something so darn appealing about their unabashed and almost purposefully clichéd approach. As aware as I was with the album’s overt familiarity, I couldn’t help but smile throughout, so park your expectations and light up a fatty. 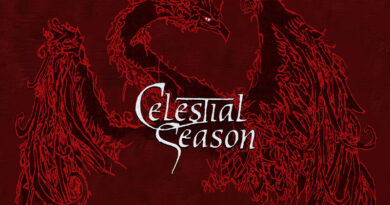 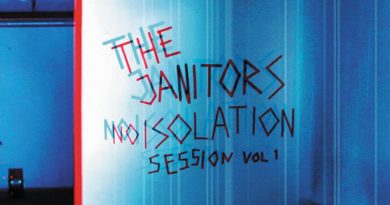 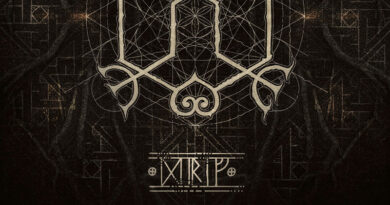