Classic Finnish doom legends Spiritus Mortis have been churning out mighty hymns to heavy metal since 1988, but The Great Seal is only their fifth full length in that time. The only true claimant to ‘Finland’s First Doom Band’, Spiritus Mortis have spent decades crafting mighty hymns of traditional doom and epic heavy metal, and The Great Seal is here to carry that tradition forward into a new decade. It’s out 16th September through Svart Records.

Puputan is a rousing opener, full of grand melody and majestic atmosphere reminiscient of classic Candlemass or Reverend Bizarre, but if anything more on the classic heavy metal side. The latter’s vocalist used to intone mighty poems of doom for Spiritus Mortis, but his replacement, Kimmo Perämäki, is more than capable of filling his boots.

Death’s Charioteer has the grand sweep of Solitude Aeturnus about it, but it conceives its lyrics in a very Dio-esque way; a rich storytelling style that suits the lumbering riffs and epic melodies. The melancholic Skoptsy is the gloomiest power ballad I’ve ever heard, reminding me a lot of Grand Magus’ The Lord Of Lies at times, while Khristovovery channels some of Messiah Marcolin’s more dynamic moments in latter Candlemass records.

The driving Visions Of Immortality provides a detour of old fashioned heavy metal thunder, but Feast Of The Lord is where the band really strike a masterpiece for me though. Possessed of some mighty riffs, an old fashioned groove swaggers through, like it was hewn by Iommi himself, while we are taken on a fantastic journey with the vocals. We even get a little Dio-style ‘mmmm’ at one point, which is just beautiful, and the more praise lavished on that spine tingling solo the better.

Are You A Witch takes us to our conclusion with a truly evocative piece of heavy metal storytelling; clean notes pick through sinister atmosphere, while granite riffs power the accusatory title refrain and we are all subject to the grim revelations under a soulful solo to close in grand fashion.

The Great Seal is an album that blends heavy metal classicisms and traditional doom power in an incredibly intoxicating way. Spiritus Mortis do it in such an effortless way that they can do everything you’ve heard before in such a way that it feels fresh and new.

There’s often a feeling in metal circles that if you’re not pushing the envelope then you’re not always worth spending time on. Spiritus Mortis completely spurn this idea, as their place as Finnish doom pioneers and mighty guardians of trad is forever ‘sealed’ with this stellar record, and it shows that the old is very much as potent as ever. 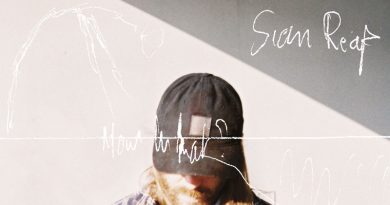