The World Looks On With Pity And Scorn according to the title of the closing track on this new album by Sow Discord, and it’s not for the first time in the last year you find yourself confronted with a song title that seems to echo the ongoing beshitment we’re all devoured by currently. The prescient apocalypticism of the underground music world strikes again.

And ‘apocalyptic’ is a fitting word to describe the mechanised dread of Australian artist David R. Coen, who seems to have, whether by intention or not I’m unsure (though given it was released digitally initially in summer 2020 it’s possible), created a suitable audio backdrop for the bleakness of our current global situation.

Using distorted electronics and the kind of bass pressure usually found in the darkest of dub, the automaton percussion and interjections of a vaguely threatening distorted narrator certainly invoke the collapse of some planet, or civilisation, if not the one we’re currently living in. Nominally this is industrial music if you were to simplify, but it feels more based on industrial and social collapse, than the portrayal of the abhorrence of the capitalist machine. Think a post-mortem/dark techno modern update of ‘Threads’ as a musical.

Breaking down individual tracks here seems counter intuitive as the album seems like one consistently evolving whole, chapters in a story that seem best read in order, rather than individually. It’s a descent, a series of dull thuds to the psyche. Coen subtly layers drones and textures into a sort of surround sound electronic horror that’s certainly au fait with metal tonally (he has been a member of infamous sludge titans White Horse after all) but operating in a very different kind of sonic hellscape.

At the right volume I’d suspect certain frequencies might induce mild nausea – there’s certainly a moment in Functionally Extinct where an abrupt tone coming to the fore definitely made me dizzy in my headphones, and Ruler features a sound that’s the musical equivalent of a blinding light sweeping over a barb wire enclosed prison yard for escapees to be shot on sight.

Very clearly the vision and execution of one man, it would of course be remiss to not mention some of Coen‘s guests here – Benjamin Andrews of Aussie dissonants My Disco features with further electronic and guitar enhancements. Ethan McCarthy pops up in his Many Blessings incarnation to collaborate on Watching From The Centre, and both of The Body pop up to add percussive menace and those cockatoo-being-waterboarded vocals. None of these guests appear in a way that infringes on the identity of Sow Discord, and all seem like perfect midwives to help birth the mutations.

I’m not sure positioning an album as an appropriate, timely mirror of collective trauma is a compliment per se, but in terms of artistic merit it’s certainly an assurance of substance. It’s somewhat of a trial but Quiet Earth is a most rewarding listen in spite of how unrelentingly bleak it is. 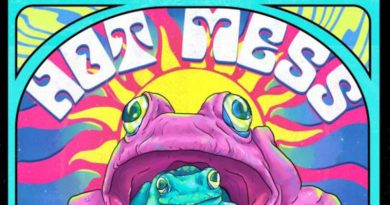 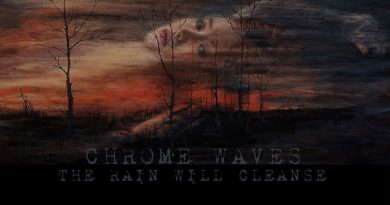