Loud Arriver is an embodiment of metal and rock ‘n’ roll attitude, the result of the dedication and passion of the members of Sonja. The band was formed out of the collapse of the Absu line-up, with Melissa Moore, who was shunned by the band when she came out as transgender, proudly packing up along with touring drummer Grzesiek Czapla (the only member to show her support) and teaming up with bassist Ben Brand to put together a powerful three-piece outfit focused on heavy rock and metal sounds. This album, released by Cruz Del Sur Music, is Melissa’s debut as a lead vocalist, and her first full-length release in ten years, standing as an important landmark in her personal and artistic development.

The start is somewhat ecclesiastical. Ethereal pads and vocals greet us before the distorted guitar comes in. Praise the lord, that made us all different. Moore’s voice is high octave but not so high octane, there’s a gentleness to them. The bass sound is really powerful and drives a lot of the momentum in the opener, When The Candle Burns Low, which has a very strong power metal vibe, and moves dynamically through different moments, highlighting different sounds.

Nylon Nights screams glam from its very name. It’s a pretty up-tempo rocker with a lovely melody in the chorus, which feels like a statement of resolute irreverence in the face of detractors, mainstream and underground trends, and anything other than Sonja’s truth blasting through.

Pink Fog highlights the sweet riffing and guitar tone, sharp like a knife shards. The melodic yet intense riffing is impressive, as is the ability of bass and drums to keep the juices flowing and the energy moving. Although there’s definitely a sadness and melancholy in the songs and vocal delivery, by the end of this track I found myself involuntarily shaking my butt.

an embodiment of metal and rock ‘n’ roll attitude…

There’s an immediate anger to Wanting Me Dead, an answer to those who would deny Melissa’s very right to exist. It’s a cutthroat anthem that feels great for driving when pissed off. Fuck, Then Die brings back some galloping riffing in one of the album’s heaviest numbers. Daughter Of The Morning Star is also a fast and hard rocking piece. A characteristic of this album is that it’s a lot of fun, even if there’s always a hint of emotional depth giving it gravitas.

Moans From The Chapel is one of the most anthemic songs, brimming with strong energy in the vocals. Loud Arriver, the title track, is a powerful mission statement from the band. It’s always great to hear a new track about rock ‘n’ roll as a physical, mental, and spiritual path, tread on entirely out of true love.

Loud Arriver was recorded in 2019 at Creep Recording Studio in Philadelphia with Dan Kishbaugh. Its vocals were tracked in 2020 at the same studio but with acclaimed producer Arthur Rizk (Cavalera Conspiracy, Enforced, Kreator). 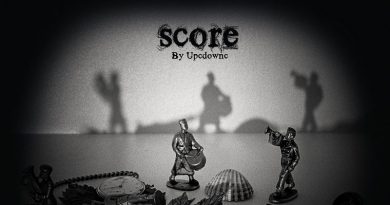 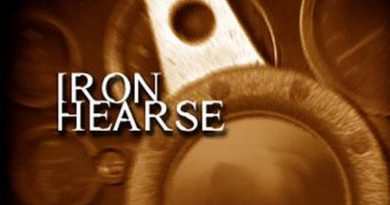