I went through an exceptionally long period where I attempted to be intimidating in the small town I attended high school. I wore band shirts reading Nine Inch Nails and Sex Pistols. But when you look like a late-season cast addition to Boy Meets World that’s a hard role to commit to. With that realization I’m the least intimidating looking person ever, I’ve grown to appreciate things with a softer edge a lot more over the years. SOM simply appeals to the part of me that drinks hot coffee and tea during rainstorms. The part of me that covers notebooks with Lisa Frank stickers. The part of me that kisses my cats and tells them they’re pretty.

SOM are an American dream pop/shoegaze/doom/post hybrid consisting of Duncan Rich on drums, Justin Forrest on bass, Joel Reynolds, and Mike Repasch-Nieves on guitar, with Will Benoit on both guitars and vocals. With three guitarists on board these boys have been looking at doom metal and injecting the genre with sugar and spice since their 2018 debut album The Fall. Living Phantoms added their studio magic for a Redux collaboration of that debut and they even covered Billy Eilish’s Everything I Wanted in 2021.

Moment begins The Shape Of Everything. It hits like a wave of warm, soft rain. An instant familiarity coats my eardrums. ‘I’m searching for meaning’ is the most recognizable lyric here but the emotions shine clear as day. Guitars move like liquid and, frankly, that is a theme of the entire album. Pop sensibilities really permeate nearly every song, decorated with soft crescendos and non-stop ear-gasms collect one after another. The drums rattle the heart keeping the sounds from getting too sugary sweet.

Center begins with what feels like an instant kick down a mountain made of cloud fluff. The vocals drift in and out of distortion as the emotive soundscape poured into every word by Benoit is felt completely, although not a word is understood. Occasionally pummeling surges display SOM’s power for just a few moments, but quickly turns in a groove delivered with a sincerity that goes both synthetic and manic.

Clocks could be a lost song from the soundtrack to the movie Drive. Closing your eyes, shapes and vague colors appear and melt together. The speed increases at times but it’s always completely controlled. This is a collection of songs that could be played on the radio. The pop sensibilities I mentioned before are impossible to ignore. This isn’t a deterrent. These fine lads have found a balance. Eastern instrumentation embraces the sound on Heart Attack as SOM slows down time to a hypnotic pace. Likes watching the sands of an hourglass dropping while a violent storm echoes in the background.

This circus of joy ends on the wobbling Son Of Winter. The bent time signatures make me reflect over the past half hour. It’s not been varied. It’s not been laborious. Instead, it’s been a constant roam into a chasm of deep comfort. The music’s mark leaves a shadow, not a scar.

Standing in stark contrast to your surroundings by making evil blackened death doom fun and all, SOM softens the edges of metal. Leaving the dark parts of your mind cleaned not bashed. Allowing the music to blend with a beauty life can create. I’m aware this sounds like a sales pitch for an MLM, but it’s true, dammit.

The Shape Of Everything feels like candy laced with the kindest psychedelics known to man. Waking up after the high free from a hangover or gasping for meaning. Instant complete euphoria dipped in the essence of pure enjoyment. This album is as close as I can get to being high in public without the threat of getting arrested. I want to see these guys live and soak in what comes out of their speakers. 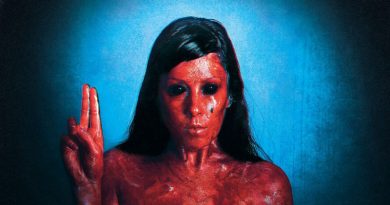 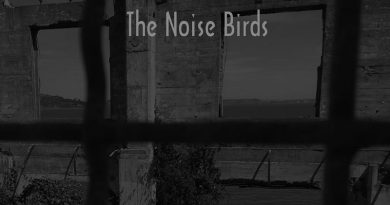 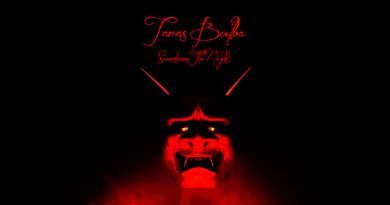