For all the talk of unpredictably that usually follows Craig Clouse‘s work as $hit And $hine, the last few years have seen a relatively (given who we’re talking about and the extensive discography he’s amassed under the name) consistent creep into the $hit And $hine oeuvre via the last few albums NO NO NO NO and Bad Vibes. A sort of dance floor orientated wonk, feeling like the end result of the Butthole Surfers remixing parts of the Warp Records back catalogue, or the kind of music that might appear in a Chris Morris satire set in the offices of Mixmag.

None of these records are alike, of course, but the reputation of $hit And $hine as some sort of noise driven freak show hasn’t really felt justified of late. Malibu Liquor Store follows that line, so those expecting the kind of ear damage inflicted in the early days are not going to be raving about a return to form any time soon.

Created during the past few months of COVID and lockdowns, Clouse has returned with a cocktail of electronica, lounge/spy music, krautrock hypnosis and noodling, that’s surprisingly mild over all. A collection of musical vignettes that might provide a little escape from the tedium of your immediate surroundings for a while, if you’ve been feeling the burn of various travel bans a little too much. What Malibu Liquor Store feels most like – and it’s hard to tell if it’s by design or not – is the $hit And $hine take on muzak.

That word will no doubt elicit a groan from some and pique the interest of others, much like $hit And $hine as a general entity. But what I mean by this is not that these songs could be played comfortably in a lift, or as interstitial music in a cinema lobby (though I’d personally be fascinated to visit the kind of cinema that might pipe the elongated elektrokraut of Hillbilly Moonshine over the popcorn counter). What I mean by this is that Malibu Liquor Store is an oddly unobtrusive and sedate effort for Clouse. Pleasant even.

Clouse has returned with a cocktail of electronica, lounge/spy music, krautrock hypnosis and noodling…

The crime scene jazz of Barbara And Woodrow and glitched out spy rock of the title track, evoke a very different atmosphere than the rest of the album, like some kind of bizarro world Columbo soundtrack. A whole record of this would have been an intriguing proposition. The duo of Chervette and Cream Tea also share the vibe of an old 70s TV theme record that’s been scratched and warped, though in their case it’s some kind of lighter, breezier ‘Love Boat’ style affair. It’s jarring how non-jarring the feel is overall.

It’s really only on Devil’s Backbone that the noise kicks in, welded to a steady shuffle that feels like a piss take of Propellerheads/Basement Jaxx early 00s floor fillers. The aforementioned centrepiece Hillbilly Moonshine toys the line between motorik rock and drum ‘n’ bass, settling on neither as it worms around seemingly aimlessly.

Clouse has used, in a tongue in cheek way, outrageousness and absurdity as tools before. Let’s not forget this is the man, after all, that has titled songs The Biggest Cock In Christendom and Writing Poetry On Your Forehead With The Tip Of A Hunting Knife. Resultantly $hit And $hine has often felt, particularly early on, like some kind of wind up, a musical fart joke without a punch line. It’s been interesting over the last few years to note a sense of restraint creeping in more and more with each record.

Certainly Malibu Liquor Store feels weirdly polite in places, and a great deal less self indulgent than some of the previous output. It’s a nice distraction. But if truth be told it’s not terribly engaging and unfortunately, like much of the $hit And $hine back catalogue, it may not merit repeated listens. 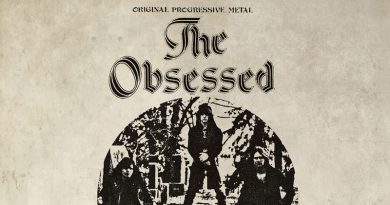 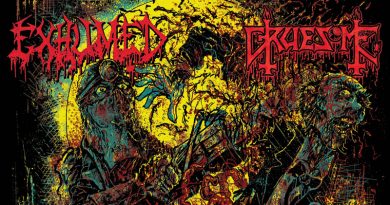