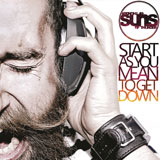 Let’s start this review with a little geography lesson. Wales is the largest county in England. It is owned by Prince Charles, but he chooses not to live there (he also owns Cornwall but doesn’t live there either). It does have its own government which is called an Assembly…like you have in school. Wales used to have a thriving coal industry but now homes are heated by nuclear power so it died out. It also used to have a thriving steel industry but now everything is made in China from plastic, so that too died. The Welsh have their own language, it bears absolutely no resemblance to English and only contains the letters C, H, L, Y, M, B, A, E, I and O. An interesting feature of the Welsh language is that you have to have a mouthful of phlegm to be able to speak it.

Joking aside, Wales currently boasts one of the most thriving music scenes in the whole of Britain. Ignoring the fact that Wales gave us The Manic Street Preachers and Stereophonics, but thanking them for Tom Jones and Budgie, Wales is currently home to bands such as Lifer, Lacertilia, Prosperina, Hark (ex Taint), Sigiriya (ex Acrimony), Spider Kitten and a whole host of others. Top of the heap, for me at least are Suns Of Thunder. Formed in 1999 they are one of the longest serving bands on the UK underground rock scene. They may not be the most prolific but they certainly are one of the most consistent. Every release has been a nugget of, largely undiscovered, solid gold. Like many bands with a 17 year history they have had their share of line-up changes but in recent years this has stabilised around drummer Sam, bassist, Chris and dual vocalists/guitarists Greg and Matt (who they share with Sigiriya) and this is the line-up that now truly counts if this album is anything to go by.

I guess, and I hate to say this, Suns Of Thunder will be considered a stoner band, and, yes, they may fall under this loose heading, but they are so much more than that. Their sound is big, bold and soulful. Each song is imbued with a huge sense of groove, even the faster tunes have more swing than a pensioner’s testicles. The riffs weave around each other, a morass of bluesy abandon displaying a sense of adventure and complexity that is equally at home with their innate, ear-worm catchiness. Yes there is a nod to Clutch as probably their closest comparison but Suns Of Thunder certainly bear scrutiny on their own merits. A review can’t go without mentioning the vocals of Greg and Matt. Both vocalists mesh with each other and compliment each other perfectly. Neither vocalist dominates preferring to use the dual vocal approach to allow each singer the space to do their own thing, yet work together to create intricate arrangements that give Suns Of Thunder an edge and sound that separates them from many of their peers.

Stand out tracks? Don’t be fucking daft! Each track is perfect, there is no stand out…the album ends as strongly as it starts. Each riff, each melody, each beat is exactly where it should be which means that any track could be taken out of the context of this album and would shine!

I’ve been privy to this album for about a year thanks to some rough mixes and even those sounded fantastic but the finished, polished article is as good as any production you will ever hear. Spend 2 years and millions of pounds recording an album? Why bother? Suns Of Thunder have done what far bigger bands struggle to do at a fraction of the time and cost…and the remarkable thing is they pull it off live as well. This is one band with their shit well and truly together.

This album initially came out in November 2015 so why has it taken me so long to write this review? Simply because I wasn’t sure I could find the words to convey how good this album is! That’s it. You need to buy this album…fact! Not just because it is one of the best albums released last year, not just because it’s one of the best album released by an underground UK band, not just because the band are releasing it themselves and deserve your support but because I’m fucking telling you to! Buy it on CD, buy a download…just buy it. In fact their Bandcamp currently has their whole discography available…go buy that! You’ll thank me for it! 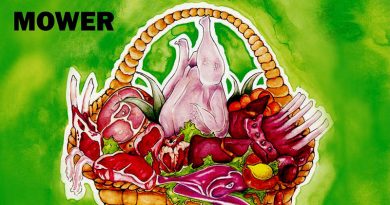