Supersonic Festival, October 2010. The first and only time I’ve made the acquaintance of Stinky Wizzleteat live, I was somewhat bemused by their set-up. A guitarist and a drummer pitched up flat-footed on the stage and bashed out some chaotic, but yet bank-vault-tight technical riffage, whilst a shambolic and boozed-up ginger frontman rolled around in the audience shrieking into a mic with a hyper-extended cable that stretched around the room. It was a bizarre affair to say the least, but I do remember thinking “man, those two onstage really know what they’re doing…what happened to this guy dribbling on everyone’s faces out front?!” Fast-forward to mid-2012, and Stinky Wizzleteat have shed said vocalist from their ranks and gone it alone as doom-come-sludge-come-tech-metal instrumental duo, who, having openly described their style on Soundcloud as “gashcore”, appear to have kept their sense of humour intact.

Guitarist Neil and drummer John stick to each other like shit to a shoe throughout. Frantic, dislocated fuzz riffs are matched blow for blow by drumming which veers between Sabbath simplicity and Confessor-like ferocity, via everything in between. The end product is a concoction of fast-paced hyper-sludge with hints of jazz and even reggae to spice up the rhythms. Think Between The Buried and Me having a round of golf with Stinking Lizaveta and Torche and you’re probably close to par.

It has to be said that the opening trio of ‘Special School’, ‘Swine Lord’ and ‘Asymmetrical Bashing’ are difficult to separate in both their approach and results: Neil’s guitar bouncing between a crunching E-string rumble and high-end histrionic motifs whilst John’s sticks fly across the toms and crash cymbals like an octopus having a long lunch at Wagamamas. Closer ‘Stinkin’ Ain’t Easy’ is the pick of the bunch however, with more of a doom-jazz feeling as the tempo slows and the duo pick at each other with a sinister underbelly of bleak melodies. This track seems more alone and apart from an EP of largely frenzied ear-jerking, and feels in direct opposition to the silliness that the ‘Teat lactate for the most part in the first three tracks.

The production is unashamedly lo-fi, and it’s very clear, a few double-tracks aside, that this is simply a guitar and a drumkit break-dancing through a minefield of explosive, dynamic flair. What it does lack is distinction, differentiation and something to latch onto that will keep the leads, the beats and the juddering riffs in your head any longer than the end of this short EP’s length. The humour intended is somewhat dissolved by what I would term a pretty serious technical metal output, which just culminates in some stupid songtitles to adorn rhythms of enviable and obvious skill. To be brief, its good stuff, but it won’t change your life.

Which begs the question really: however naff that past “singer” I witnessed Stinky Wizzleteat with back in 2010 was, would I have even remembered them if he hadn’t been there smearing his sweat all over the crowd? Probably not. Neil and John can certainly wizzle their shizzle as well as anyone else musically and whilst this EP is certainly ‘special’ in one sense, I can’t say that and that it is in the other definition of the word. 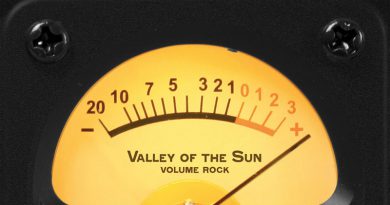