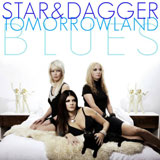 I’ve got to admit it, and I’m sure I’m not alone on this (right everyone?!), but I’m a little bit gay for projects involving ex-QOTSA associates and alumni. For one band to have featured, at one time or another, appearances by everyone from Rob Halford to Elton John, there’s just something about the mystique and character of this prestigious group of musicians. So when I heard that the all-female trio of Sean Yseult (bass, ex-White Zombie), Dava SheWolf (guitar, Cycle Sluts From Hell) and Von Hesseling (vocals) had buddied up with Dave Catching (guitar, Eagles of Death Metal, QOTSA producer) and Gene Trautmann (drums, ex-QOTSA, ex-Eagles of Death Metal, Miracle Workers), my intrigue was suitably aroused. This knot in my handkerchief continued to grow after I happened by pure chance across the band’s video for album closer ‘Your Mama was a Grifter’ – a rootin’ n’ tootin’ chain-gang anthem of sinister bass grooves and heel-stomping class. Add to the fact that Star & Dagger’s debut album was recorded at Catching’s much celebrated desert rock hideout at the Rancho de la Luna and I’m already salivating over ‘Tomorrowland Blues’ like a Doberman next to an unattended barbeque.

Eagerly awaiting an entire record full of the moody R n’ B that makes ‘Your Mama was a Grifter’ such a triumph, I was however somewhat disappointed by the starkly different stylings of the nine other cuts ‘Tomorrowland Blues’ has to offer. Trautmann it seems doesn’t actually have any involvement with the recording itself with Dustin Crops taking his place on drums, whilst Catching adds only background slide guitar on a few tracks, as well as production credits alongside Ethan Allen. The artwork has got me puzzled too – are our femme fatales who adorn the cover meant to be sexy or sinister? Modern or Victorian? What’s with the cat? Why are there nude Jesus-puppets wearing cowboy hats on the bedside-tables? I really don’t get it…

Star & Dagger’s debut is a straight-up grunge-strewn rock n’ roll record and whilst there’s absolutely nothing wrong with any of the input or output here, it’s certainly not an overly unique proposition. Heavy riffing opener ‘In My Blood’ is a potent cauldron of energy meshing Soundgarden’s brooding bass-laden grooves together with the punkier edge of L7. ‘End of Days’ is a punchy ode to better times at the end of a shitty week and Crops’ drums hit home with a weighty authority. Star of the show throughout proceedings is Von Hesseling whose strident vocals cut a soulful trench as deep as PJ Harvey’s coupled with the added attitude of Joan Jett and Melissa Auf der Maur. Her might behind the mic carries at least the title track and the sublime ‘Selling My Things’ beyond lapsing into simple Sunday afternoon-radio-friendly head nodders into something far more sultry and dangerous.

‘Freak Train’ is a bouncy cut of pleasant enough mid-paced rock and ‘Sidewinding’ picks up the pace with Yseult’s meaty bass riff and some haunting Babes in Toyland wails, but listening to the full package time and time again gives you very little that you didn’t get straight from the first play. ‘Before it’s a Crime’ threatens to build into something deadly and the lyrics build an unnerving background of suspicion and deception, but ultimately the multiple guitar layers culminate in little beyond where they began. ‘Your Money’ and ‘Used to Me’ also rock a lethargic, early-90s alt-rock mojo, but yet seem to pine out to be bluesier versions of their actual selves and once again fail to extend into much beyond their original simplistic riffs.

‘Your Mama was a Grifter’ is, in the end, the album’s pink elephant, its jewel in the crown, its dark horse. It’s genuinely blues-tastic and Von Hesseling commands her troops into the boogie-drenched stomp that they’ve threatened to achieve throughout ‘Tomorrowland Blues’. The stuttering guitar chords and victorious kick-drum blasts dart between morbid curiosity and hip-shaking good times with ease and you get the feeling that this encapsulates the fun that Star & Dagger have no doubt had whilst putting this record together.

To claim that ‘Tomorrowland Blues’ ranks up alongside the Desert Sessions records, Masters of Reality’s opuses or any other Homme-orable desert rock mentions would be incorrect or over complimentary. But worse than that was my assumption that it would and should do so and for that I’ll happily apologise. Star & Dagger have crafted some honest, gritty and catchy rock and roll tunes hee and in Von Hesseling they have found a truly commanding frontwoman. ‘Tomorrowland Blues’ may not be an all-time classic, but with summer now truly underway it makes for a credible soundtrack to long, fast drives in the countryside, simmering evening breezes and barbeques… as long as that Doberman hasn’t eaten all the sausages yet. 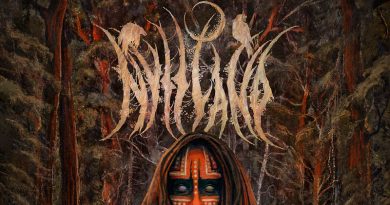