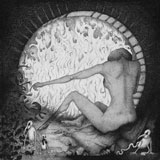 The great thing about retro heavy rock is that its wonderfully derivative. In most cases, that could be construed as a dig, but we love it, expect it, and get bent when it doesn’t happen. London’s very own Sonic Mass understand this too, as their release ‘All Creatures Strange’ breaks absolutely zero new ground. Thank God.

Peering at the opening track title, ‘Iron Bong’ one already knows what’s in store: epic heaviness and power. Like so many great bands before them, Sonic Mass open their album with two and a half minutes of primal drums, wailing guitars, and giant, Sabbath-style breaks before the first vocals come into play. And once the vocals do enter, they’re buried well into the mix, not to overshadow the true purpose of the record: bruising riffage.

After ‘Iron Bong’ lays waste, ‘The Order’ finds the band digging into their cache for some Monk-like background vocals, adding to the ambiance and overall vibe of the tune. It meshes pretty well with Nick’s voice, who manages to sound like Soundgarden’s Chris Cornell and Nebula’s Eddie Glass all at once. The song ends with a bit of a mellow groove, provoking me to imagine scenes of fifteenth-century victory marches; the dragon was slain, the village is saved, and all that jazz.

‘Widow Stone-The Black Lodge’ hits with a Thin Lizzy style riff in a I-VI-V progression with a wicked little turnaround before launching into palm-muted goodness. The guitars feature taut riffing and tight fuzz, a departure from the rest of the record. Overall, the guitars are nothing technically brilliant, but the tone and power is there and as we’re all well aware in heavy music, that’s more important most times. The drums again, aren’t mind-blowing, but they keep the music driving, never allowing the song to “check up” and lose momentum. This is a good thing.

‘Black Acid Nightmare’ is a straight-ahead rocker with a vocal melody that would be at home with Jus on an Electric Wizard record; desperate and wailing. ‘Pentagon Chameleon – To the Devil…A Daughter’ starts dark and moody before it launches into what is probably the most grand riff on the record; a half-timed slab of Matamp-inspired doomage that almost makes it worth the price of the record alone. I played it back quite a bit; just colossal power. A riff of the Gods for sure.

‘Science Of Sleep’ is by far the most “rock n roll” tune on the record. Going back further to early 60s garage rock mess, the vocals squawk and the tempo is a little quicker, for better or worse. The band is clearly better at the slow to mid-tempo stuff, but this did make for a welcome change deep into the record. Lots of octave work on the guitars added to the depth and there was a bit of middle-eastern flavour in there as well. At this point in the recording, the listener is pretty beat, and thankfully the title track, ‘All Creatures Strange’ is six-plus minutes of atmospheric gobbledy-gook.

Overall, the record isn’t an easy listen. The production, while effective, can be harsh at times and the effects on the droning bits can wear down the listener. It’s a record you’ll work through once or twice, and then cherry pick the choice bits. But, man, those bits are choice. Sometimes knowing boundaries is the best thing for a rock band. The stoner/doom scene is not a blank piece of paper, rather a colouring book. There’s certain things that have to happen to be considered part of the genre. Luckily for the listener, Sonic Mass stays in the lines quite well. 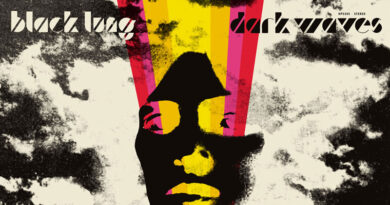