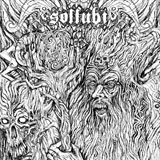 Holy Hellfire!!! I’m willing to bet when Mister Iommi first spewed forth the Devil’s riff some 40 years ago he had no idea how mutated and deviant his musical children would become this far down the line. Doom metal has become a multi tongued beast in its own right ranging from the psychedelic frippery of Trouble to the belching drone of SunnO))) and now along come Sollubi who, in the space of three tracks here, take you on a one way trip down the 9 levels of Hell to be swallowed up and shat out by Satan himself!!!

Now, I’m sure these guys are nice, decent people who look after their mums and maybe even do the housework occasionally but on the strength of this album you may be forgiven for thinking they’re a bunch of swamp dwelling mutants that torture animals and punch children!!! In a recent interview guitarist Griff claims that these tunes were originally written on an acoustic guitar as some kind of folk project. This ain’t like any folk music I’ve ever heard…it certainly ain’t any sweater wearing finger in the ear whiney shit about dead lifeboat men!!! If this is folk music it’s the folk of the inbred American backwoods throwbacks where guns are stockpiled and the night air is broken by the screams of the lost!!!!

At only three tracks this is a sprawling monster of beaten down Sabbath riffing hammered home with brutal intensity and topped off with some pretty disturbed vocals. Opening track “In Violation” is clearly the “single” at just over 4 minutes. A lurching brutal grind, it throws the Sollubi cards right on the table and lets you know where they stand. The remaining tracks may be prog like in length but are evil in intent. It’s the final track, “At War With Decency” that really stands out here. At over 20 minutes this is a musical endurance course that lulls the listener with a deceptively understated intro that slowly builds the song (if that’s the right word) into a behemoth beast of downtuned, torturous doomed riffs and oppressive crawling rhythms. Sollubi excel in taking an idea, twisting it and hammering it home with spectacular force and vitriol. At only three tracks and probably nearly an hour in length I’d be surprised if there are more than a dozen riffs on the whole thing but when it’s played with such intensity and passion it’s hard to ignore. There’s a nod to Neurosis here, a tip of the hat to Boris’s more protracted and ponderous moments and a screaming debt to Electric Wizard.

Even the cover, which at first glance looks like an appalling 80’s black metal sleeve, as the music unfolds takes on a life of its own reflecting the sinister psychosis at work here. Should Sollubi be proud of this album? Fuck yeah. Should their families be proud of them? Hell no!!! Should their friends be worried about them? Without a doubt!!!

This may not be an album that warrants continued repeated listens, it’s far too much of a painful slog for that, but it is an album that should sit within every self respected lover of heavy music’s collections for those moments when Sabbath and St Vitus just ain’t doing it for you. No matter how bad you may be feeling, Sollubi exist to let you know it could be a lot worse!!! A masterpiece!!! 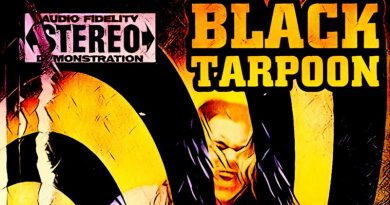